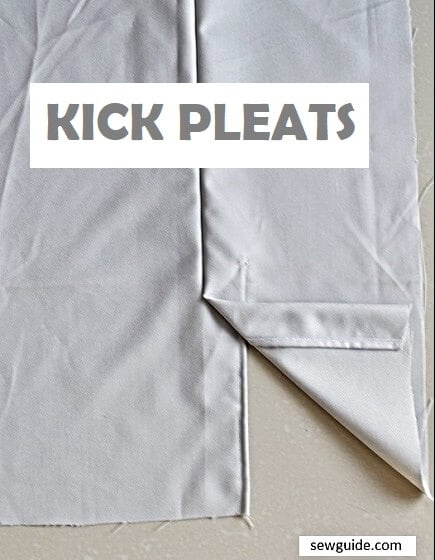 Kick Pleat is an inverted pleat combined with a slit made at the hem of skirts to allow freedom of movement. It is formed on a seam and looks like an inverted pleat but opens up to a slit or vent. This is usually used in close fitting skirts and dresses, on the back seam or the front seam or on both.

It is different from a slit in that in the kick pleat, the opening is not exposed as in the slit. The opening is behind a fold of fabric that looks from the front like a pleat (but is not)

How to sew a Kick pleat

Sewing kick pleat is quite easy – it involve sewing the seam as usual but with a slight adjustment.

The kick pleat is made on a seam – this is understood. 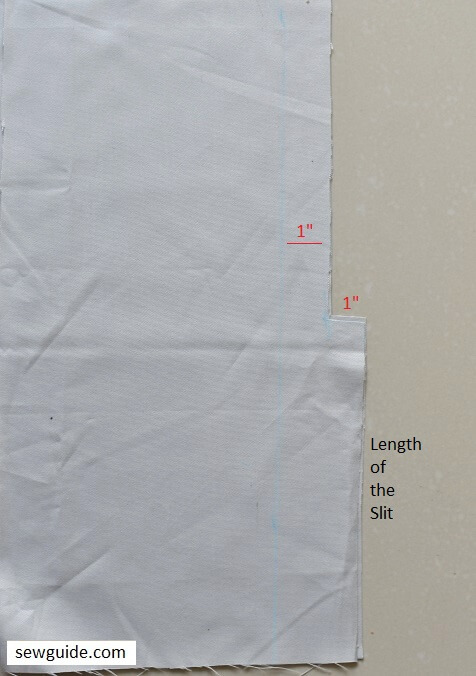 Mark the length of slit you will be making. Cut off the extra seam allowance from above this mark. So you will get your two fabric pattern pieces that look like this.

Take these two pieces and keep it in front of you, wrong side out.

Fold the extra seam allowance to the inside twice and stitch in place. 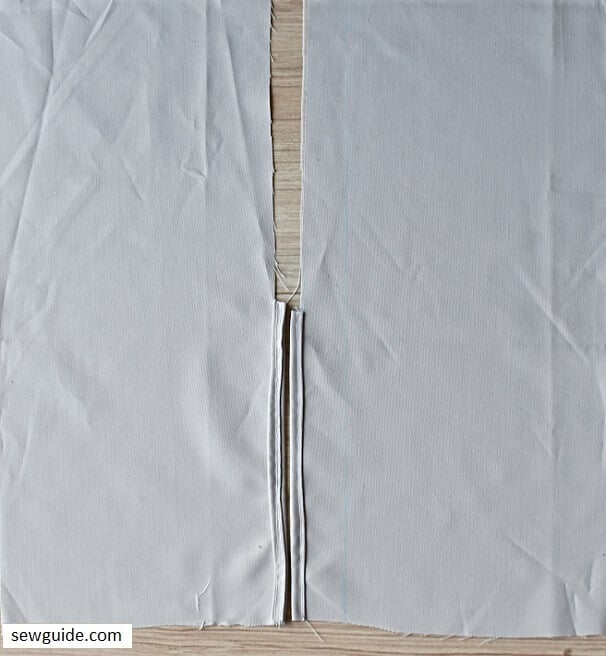 Now sew the seam. Do not stop at the top of the pleat. Extend the stitching 1 inch into the slit. 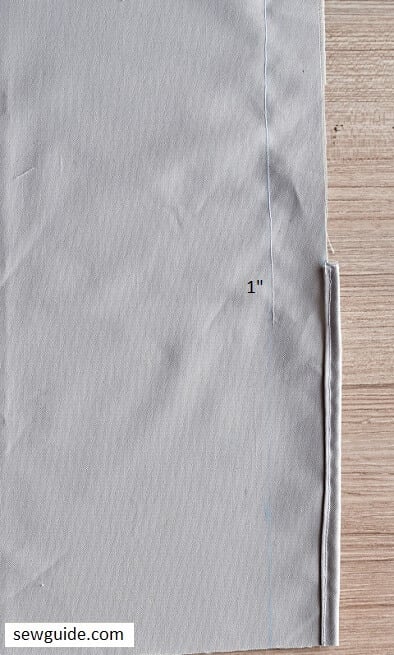 Clip the seam allowance diagonally. Sew along this clip. Alternatively, you can sew and clip.

Press the fold of the slit/pleat as well, towards one side. 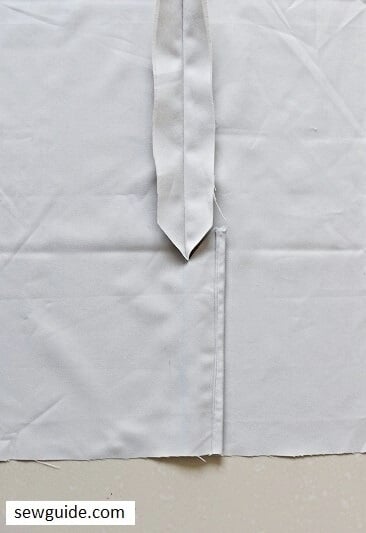 Now sew this folded pleat from the top. Stop the stitching just before or on the seam line. 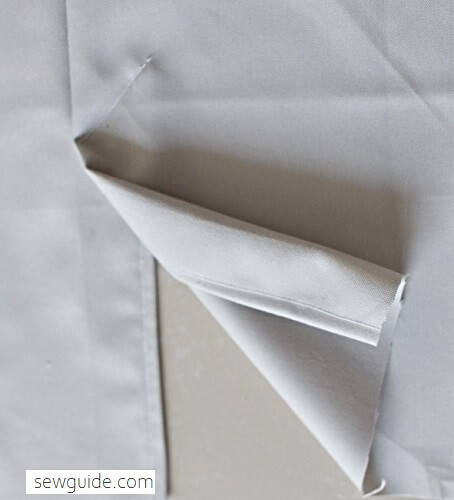 Related posts :How to sew pleats ; How to sew slits