Peplum : An easy way to change your silhouette for the better

Updated on September 5, 2022 by Sarina Tariq 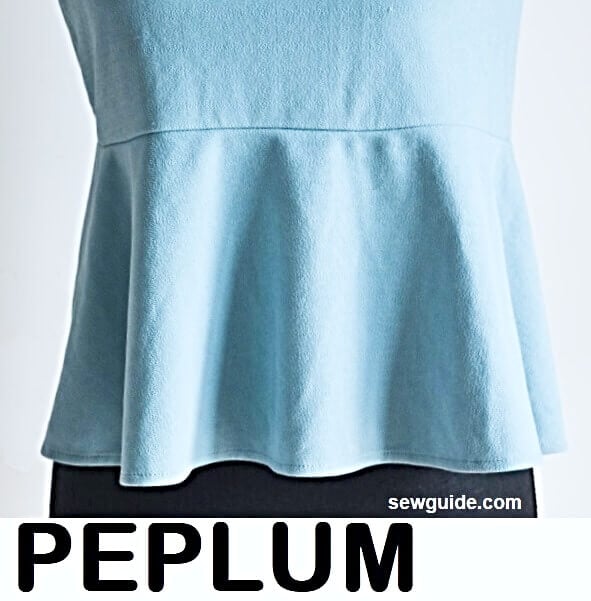 Peplum is usually attached as a flounce (circular ruffle) with the bottom edge wider than the top edge resulting in a fluted and flared look but it can also be gathered or pleated. In fashion designing, you call peplum a layering feature and a way to change the silhouette of the garment into a striking one.

Peplum can also be added to the waistline of skirts. 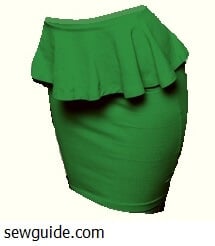 In dresses, it is added at the hem level as a flounce. 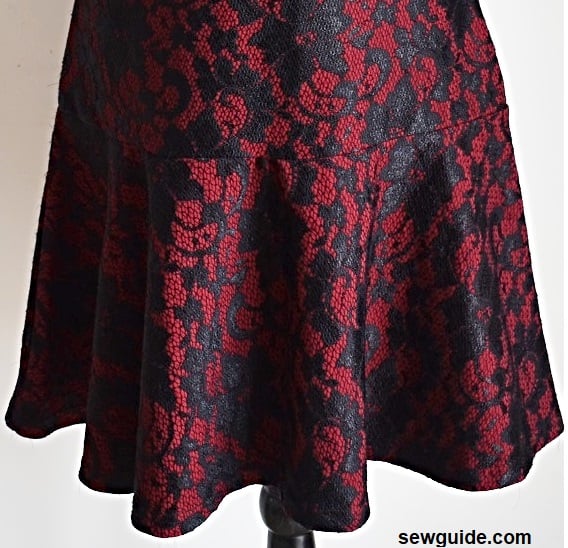 On tops and jackets, the peplum creates an hourglass silhouette with a tightly fitted waist and gently flaring hip-length fabric under it creating soft curves from the waist to hip. If you like an hourglass figure (as fashion theory says this is the most coveted figure type, you may disagree) this is a very flattering and feminine style to adopt.

Origin and History of Peplum

Today peplum is a style that appears, disappears, revives again, and then disappears. As you will see below, Peplum has had a long history in the world of fashion. 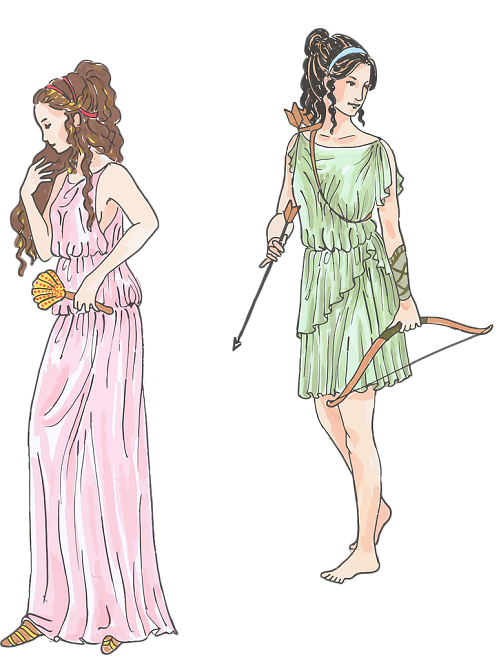 In Ancient Greece, women wore a piece of fabric tied at the waist by a belt as an overdress. This can be considered as the forerunner of today’s peplum, as it closely resembles the current style and also because it was called ‘Peplos’ in Greek. You can read more about peplos in this post on ancient greek costumes. 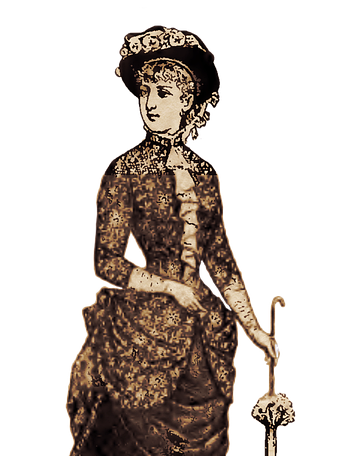 During the Renaissance period (14th century), ladies of the European courts adopted the Grecian style of clothing and included peplum in their gown designs. Men of the Renaissance period were also fond of this pattern which emphasized the V shape of their torso. During the Victorian era (1837-1901), women’s skirts became more streamlined and ‘outskirts’ or ‘peplums’ were used as a predecessor to bustle to make them more modest around hips and thighs. The cinched waists and peplums created the perfect silhouette that the ladies wanted.

It was in the 1940s and 1980s, the peplum which we are familiar with today came into vogue. In the 1940s, Christian Dior revolutionized the fashion scene with his Corolle collection that featured tight-fitting jackets, padded hips, and A-line skirts. This paved way for the re-entry of peplum to the fashion industry in a more stylish way. His designs emphasized a tiny waist like it did in his famous ‘Bar Jacket’ design. They were often paired with straight skirts worn usually to the middle of the calf.

Designer Jaques Fath also designed tops with voluminous long peplums and this was worn over narrow skirts – this was very popular in the 1950s and was considered chic dressing.

Though peplum went out of fashion after this, with the revival of vintage fashion in the 1980s, it became popular again in the 1980s. Designer Thierry Mugler’s clothes featured peplums and narrow skirts. The 80s version of peplum began most often at the hips and not at the waist and was often cut in a V shape rather than in a line that went straight across. They were also bigger, more exaggerated, voluminous in multiple layers. Different styles of Peplums were showcased by fashion designers like Stella McCartney, Jil Sanders, and brands like Burberry and H&M.

Peplum tops are usually paired with pencil or straight skirts, tapered pants, and skinny jeans whereas peplum skirts are best suited with a well-fitted, tucked-in top. While going for a peplum dress or a jacket, make sure to select one that fits your body nicely especially at the waist  – it can be paired with a pencil skirt.

As the shape of the peplum enhances the waist to look smaller and gives you soft curves to make you look more shapely and hides all the problematic areas below it, and emphasizes the shoulder giving it breadth, Peplum is a silhouette that we go back to again and again. For people with a straight body with not many curves, it is a godsend. I have a straight trunk and my peplum top is a favourite.

Indeed, peplum is not a simple look – it sure is a little dramatic but if you like to be noticed and you like the shape it gives you, go for it.

Related posts: How to sew a peplum top.

3 thoughts on “Peplum : An easy way to change your silhouette for the better”