For some time now, teenage fashion has significantly influenced many of the fashion trends that we see. In the mid-2000s teenagers were fascinated by a unique fashion style called Scene.

What is Scene fashion style?

Scene is a fashion subculture that started in the late 1990s and early 2000s and became famous by the mid-2000s, mainly in the United States. People who followed scene culture were called Scene kids, Scenesters, or Trendies. It was the followers of the chav subculture who went on to become the scene kids.

The scene kids were dressed brightly and flamboyantly and listened to upbeat music like metalcore, crunk core, pop-punk, and electronic pop. Though an alternate fashion style, this was a more happy-go-lucky style when compared to a similar Emo style which is characterised by teenage rebellion and a darker attitude.

Music has always been a driving factor behind the emergence of subcultures in fashion. Scene fashion is no different, though you cannot pinpoint a particular genre of music as belonging to scene. American Pop/Rock/Electro music bands of the 2000s like Metro Station, The Medic Droid and German Teenage Poprock band Tokio Hotel were all drivers of this culture

Audrey Kitching a famous model of the 2000s is known as an original queen of the scene fashion style.

The social media platforms like Myspace and Bussznet which were hugely popular during the 2000s increased popularity of the scene fashion trends.

The Scene kids wore clothes that fit closely and hugged their bodies. Loose and baggy clothes were not a their style. They made sure that the T-shirts were tight and body-hugging. Jackets were mostly studded and zippered up.

They wore skinny jeans – almost as a staple. Leggings or tights, especially those in bright hues, were also be used in place of skinny jeans. Another popular ensemble included Cute short skirts with leggings with fitting band t-shirts.

A lot of clothes of an scene kid were bright and colorful. Colors like red, black, white, and grey were popular.  Clothes and accessories in random prints and multi colors were paired with black clothing.

Colorful leggings were worn with Graphic T-shirts. Cartoon T-shirts and band T-shirts with bright prints were regular in this style.

Accessories were important to scene fashion. They wore a collection of wristbands and bracelets on their hands and fingerless gloves;Gothic promise rings on their fingers; heavy or layered necklaces on their neck.

Belts with large buckles were popular. Sunglasses were a must, that too oversized ones.

Ear piercings were common among Scene kids. They wore big and noticeable earrings. Piercing on other parts was also popular, though not quite common. Some had piercings on their lips and noses. 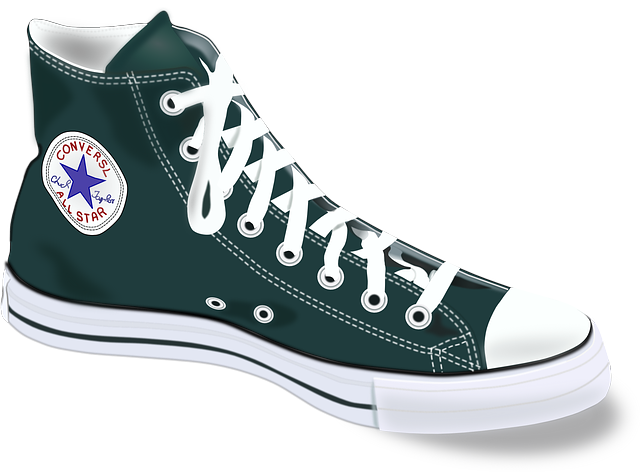 Shoes were an essential part of Scene get up. The most popular ones were trainers/sneakers – Converse shoes, vans shoes or longer chuck taylor shoes are popular brands. They can be neutral or brightly colored paired with neon-colored shoelaces. Other popular footwear were ballet flats, or black boots

A characteristic feature of Scene fashion was straight pitch-black hair.
Scene kids wore dramatic eye makeup – this was an essential feature of the fashion style. They used heavy black liquid eyeliners to define their eyes. Fake eyelashes were also used. Colorful eyeshadows like pink, blue, green were all trendy. If glasses were worn, they ensured this didn’t underplay their eyes.

An essential element of Scene culture is how you do your hair. Straight hair (flat ironed hair) was the norm in scene. Hair should have bangs, that too side bangs. Whatever hairstyle they had, choppy side fringes were a given. Also, hair should be randomly cut or layered with the ends looking jagged. Some even cut their hair by themselves to get a choppy casual look.

Two-tone hair colors were very trendy. Popular base color of hair were black or blonde and then highlights were given in bright colors like purple, pink, blue, or green; if not dyed, hair extensions were used to get the same effect. Sometimes the ends were dyed.

Hair accessories like cute clips, bobby pins, or clunky pins were used to keep hair in check- they were more decorative than functional. They were often placed in a uniform line on the side of the bangs. Hairbands were used to highlight the hairstyle especially bangs. Bandanas were another accessory used to style the hair. Some even wore bow ties on their hair. Beanies were worn without it hiding your fringes. Nothing compromised their straight ironed out hairstyle.

Today this fashion style is no longer active under the same name – but the style elements are still followed by many teenagers as a way of dressing quite different from others. E-girl/boy fashion is a style that closely follows the scene styles.

You can read about how the scene fashion scene has become active in social media platforms like tik tok here.