Skip to content
Home » Fashion Design & Style Choices » Types of Clothes » 45 types of bras- Which type of bra would you choose?

Selecting a bra comes down to a lot of choices. Here are those 45 choices aka 45 types of bras. Seems a lot but everyone has a favorite or two, and maybe you would find your favorite in here.

The general types of bras 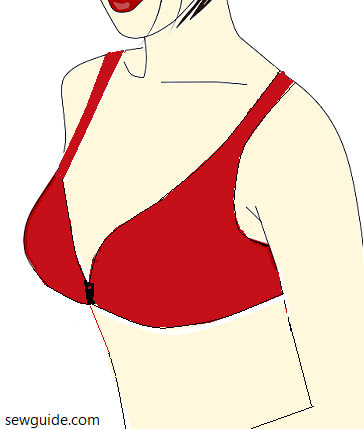 These are the traditional bras with back or front closures – On the back closure bra, the hook-and-eye fasteners will be located in the back, and in front closure bra a clasp will be available in the center front (also called front clip bra). 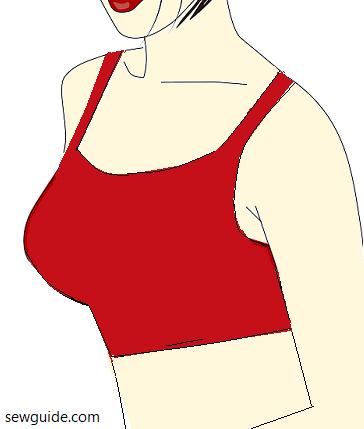 This is a bra that you can easily slip on the body without any back or front fastening. It is usually made of stretchy cotton or lace fabrics. The disadvantage may be that it can give only medium support to the breasts but it is a boon to those who want to be free from the restrictions of traditional bras. 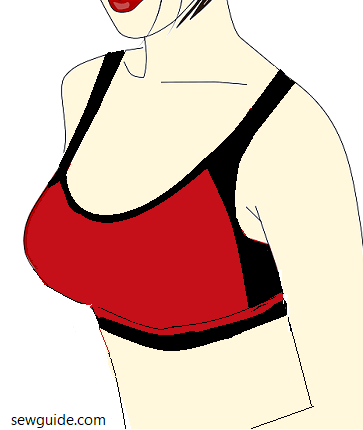 It will be made of comfortable fabric that will wick moisture away from the body and will have cups that support and flatten the breast against the chest, but still, allow free movement. The 3 main types of sports bras are Compression sports bras, Encapsulation sports bras and a combination of these two

This type of bra has molded padding (water, foam, or gel) or extra layers of fabric added to the cups to give them shape or opaqueness and to make the size look bigger.

The Unlined bra is a soft, unpadded bra 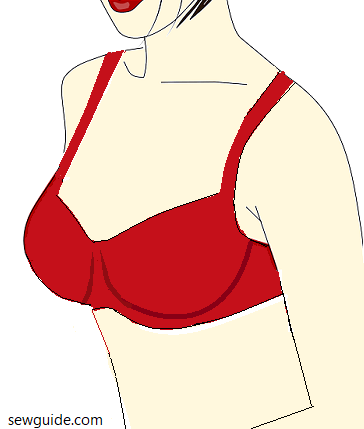 This type of bra comes with a sewn-in molded wiring beneath the breast in the bra cups. This underwire supports and holds the breast in its correct position.

An underwire bra can be banded or bandless. A banded underwire bra will have an extra piece of fabric (band) below the under wire. 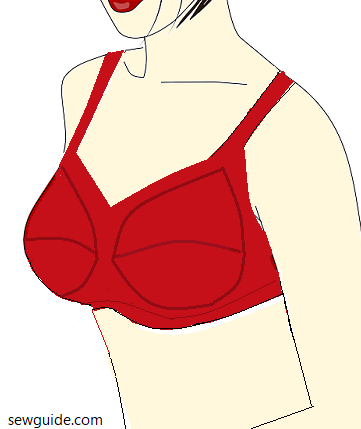 Other different types of bras 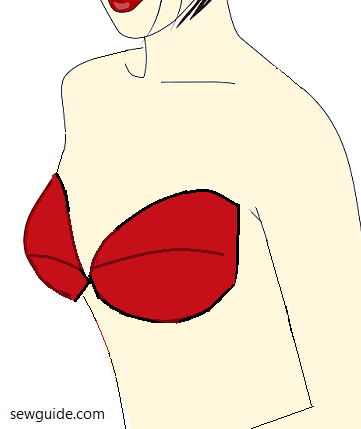 This bra consists of only cups and these are stuck on the body with medical-grade adhesive. This is the bra of choice to wear under deep cleavage dresses/tops or backless and strapless clothes. This bra has no straps or bands and the cups have the adhesive on the inside.

This bra has a low cut design with plastic transparent straps on the back meant to be worn with backless dresses. The low cut adjustable back band is needed to give the look of an almost invisible back.

Your regular bra can be converted into a backless bra by using long, flexible adjustable straps.

This is a bra with short cups and with the top edge of the cups almost horizontal across the breast. Also called Balcony Bra. It is somewhat cleavage-revealing as the cups will only cover about half of the breasts, just above the nipple and give the breasts a lift. This style is available in different types like a balconette underwire bra, balconette plunge bra. 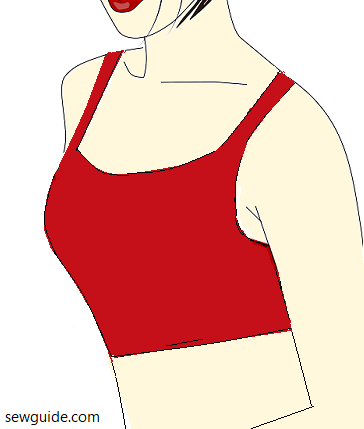 This is a soft slip-on lightweight bra meant for the first time bra user. It helps teenagers to adjust to using bras till the time they are ready to wear the regular bra. 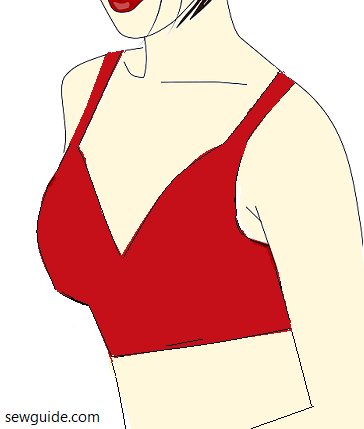 This is a soft unlined bra without any padding or underwire – the cups are triangle shaped fabric. 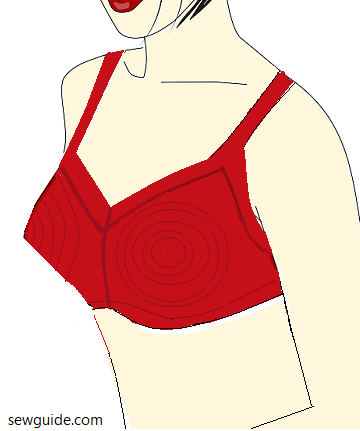 This is a bra with a conical cup – the cup will have circular stitching leading up to the apex point. 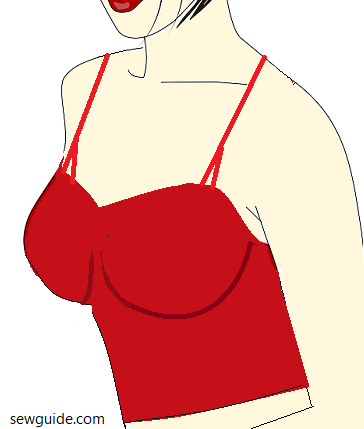 A bustier is not a bra as such but a long waist length or hip length top with bra cups. It is shapewear that combines a bra and a slip. Maybe strapless or with straps. 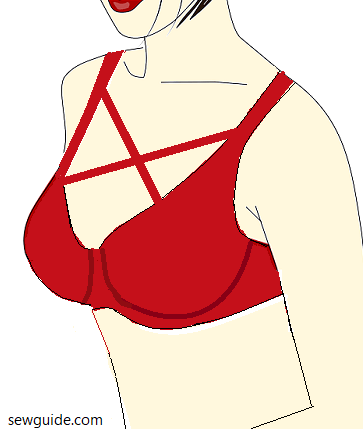 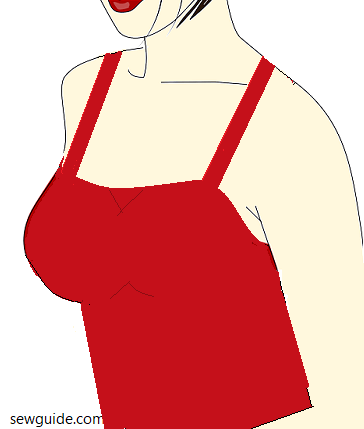 This is a camisole top with built-in bra cups inside. Some may have under band wire and built-in cups, some may be molded. 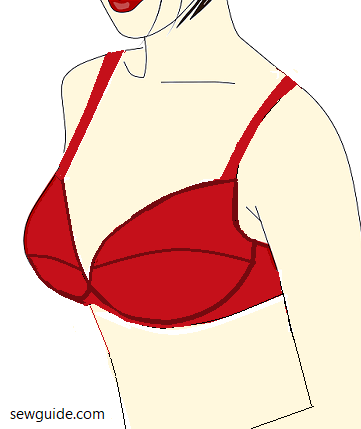 This bra has cups made up of different pieces of fabric sewn together (the opposite of molded). The cut and sew can conform to the shape of the breast easier than the molded cups. The bra can be padded or nonpadded.

This is a sports bra that keeps the breasts tightly compressed towards the body so that they are not damaged during workouts. This bra minimizes the movement of breasts when you move. 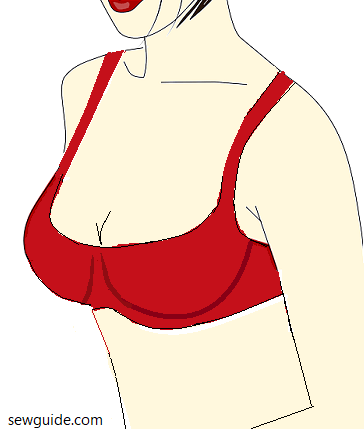 This is a bra with cups that cover half or a quarter of the breasts. The bra of choice for showing some provocative cleavage.

This is a sports bra with separate cups. This is the best-suited sports bra for high-intensity workouts, especially if it has compression capabilities.

This refers to bras designed with girls with fuller breasts in mind – better support with heavier fabric, deeper cups, wider straps and bands, more number of hooks and eye rows. You may see it as DD+ Bras in shops.

This bra has gel-padded cups 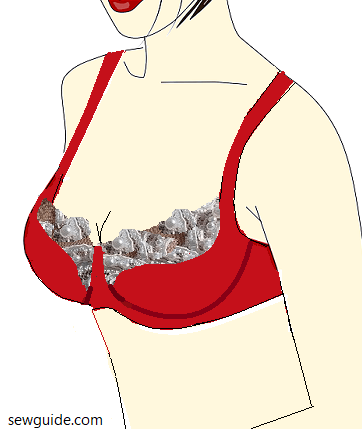 This bra has half lined inner cup – the outer cover will mostly be lace. The upper half will be see through because of the unlined fabric covering upper part. 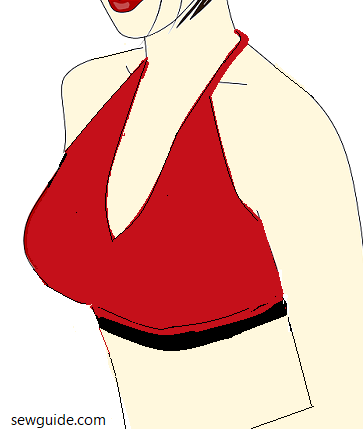 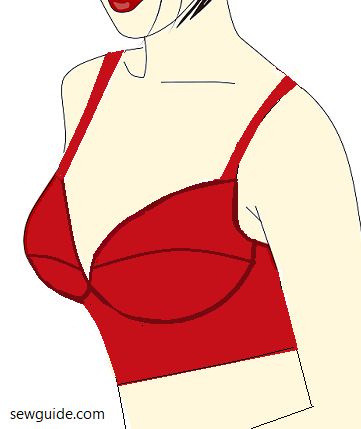 This is meant for a mom-to-be whose breast size will change a lot during the course of the pregnancy. The cups will be made of fabric that will support the growing breasts, wide bands on the underbust and back.

Meant to give comfort after a surgery like a mastectomy, breast augmentation.

As the name suggests this bra is meant to make the breasts look small in size than they really are, or would appear in any other bra. This bra gives ample support with full coverage cups, broad shoulder and back straps. This can make the silhouette of a bigger-sized bustline look much smaller, at the same time giving maximum support and comfort.

This is a bra that you can wear in multiple ways (multipurpose bra); most of them have detachable transparent straps which are taken off to make it a strapless bra.

This bra is made of fabric that will not irritate feeding breasts, give enough support to larger than normal breasts, and will have nursing clips which give quick access for nursing, and flaps that drop down for easy breast-feeding. 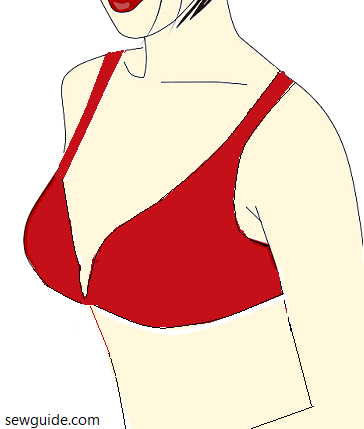 This is a bra that can create a deep-V décolletage. Very useful to wear with a deep V (plunge) neckline dress.

This is a bra with reinforced straps that cross the back – this gives a lot of support to the back and gives relief from strain on the back. 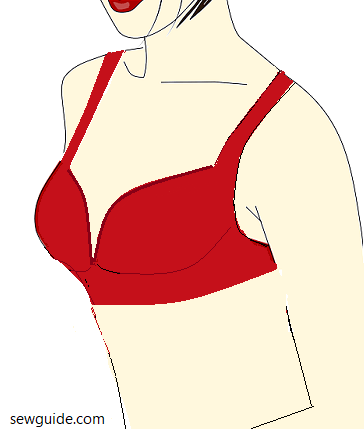 The push-up bra pushes the breasts inward and upward to create an illusion of more size and lift. This is a bra that gives your breasts a lift up – a boon for sagging breasts. This is achieved using extra padding at the underside of each cup. It can also make the breasts look bigger.

This is any bra in which the back straps criss-cross to form an x shape or the back strap is just a single piece down the center of the body. This is the best bra to wear under racerback dresses as well as sleeveless dresses

Also called preformed bra or contour bra. This is a bra with molded cups with fiberfill or foam lining in the cups; this gives it a perfectly round shape and this shape is maintained even when the bra is not worn.

It is the best bra to wear under tight-fitting clothes.The cups are created without any seams.  As there are no seam lines on the bra cup, the bra seems almost invisible from the outside.

This is an open cup bra – no cup to speak of.

A bra meant to make you comfortable as you sleep.

This is a molded bra made of  light, airy and breathable fabric. The light and breathable spacer foam padding inside the cups makes it the most comfortable bra which at the same time gives ample support. 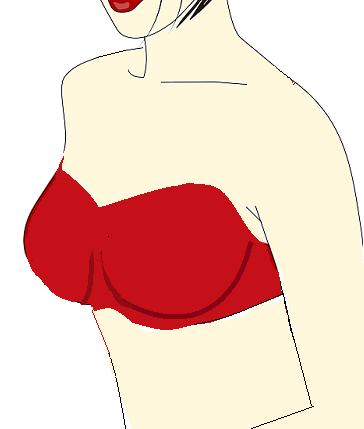 If you want to wear an off-shoulder dress, would you care to show the bra straps to the world? For this, you have strapless bras – meant to be worn with off-shoulder styles and strapless styles. This is a bra with no straps.

The straps of this bra make a t-shape at the back.

This revealing bra is usually made of transparent fabrics like lace.

A t-shirt bra has rounded seamless cups. Even if you wear the thinnest t-shirt the seam lines would not show through because of the no-seam molded cups of this bra. 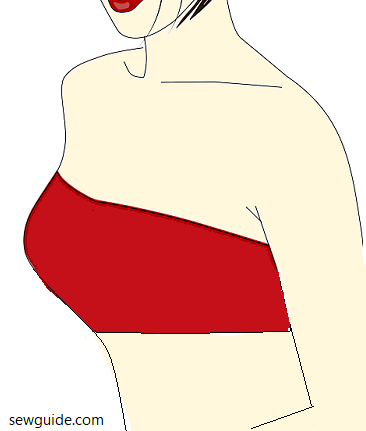 This is a tightfitting slip-on bra made of a stretchy fabric without separate cups. It may or may not have straps. Not much support.

Related posts : How to know your bra size ; 10 criteria in buying a bra ; 15 Parts of a bra ;  Different types of Underwear ; Undergarments ; Lingerie

2 thoughts on “45 types of bras- Which type of bra would you choose?”