What is Camouflage Clothing? 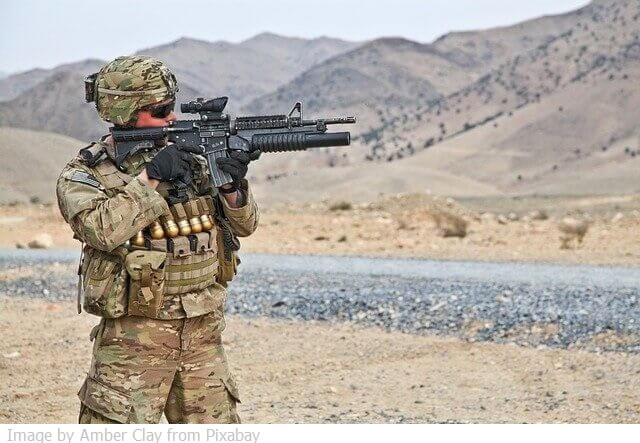 When you are up against nature or adversaries who will use any means to get to you, you ought to have everything in your arsenal to survive – this includes clothing. The clothes you wear when facing danger from men or nature should ensure that you are well protected – one way to protect yourself is to avoid visual detection. In camouflage clothing, you are hidden and blended against the background.

Camouflage clothing is also called by other names like Camo, fatigues, khakis, and military clothing.

Usually, animals use Camouflage in nature to protect themselves from enemies or hunt for food.Nature has abundant examples of animals or insects blending with their surroundings using materials, color, or illumination. The changed appearance makes them difficult to be separated from the background.

For example, a tiger’s stripes make it difficult to be spotted among bushes, and this makes it easier for it to approach the prey stealthily. The earthy tones of the sandgrouse make it blend with nature and escape from predators.

There are different kinds of Camouflage. They are color matching, self-decoration, active camouflage, disruptive coloration, mimicry, and countershading.

When animals blend in with their surroundings by matching the color, it isn’t easy to separate them. This type of Camouflage is called color matching. A typical example is a green-colored grasshopper against the green grass. 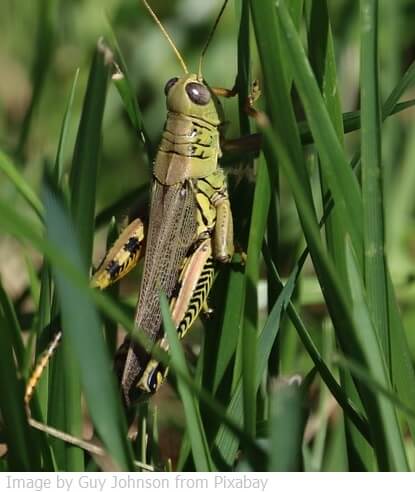 When animals depend on what’s available in nature to disguise themselves, it is called self-decoration. Some bugs cover their body with sand to Camouflage themselves.

Certain species of animals can change their appearance to camouflage themselves. Either they can do it quickly or during different seasons. The flounder fish can quickly change its appearance to blend with nature. The ermine’s coat turns white during the winter season. We all know what Chameleons do.

When animals use more than one color to hide them, it is called disruptive coloration. One example is the leopard.

Mimicry is when one animal appears like something else to blend with the background. An example is a stick insect. 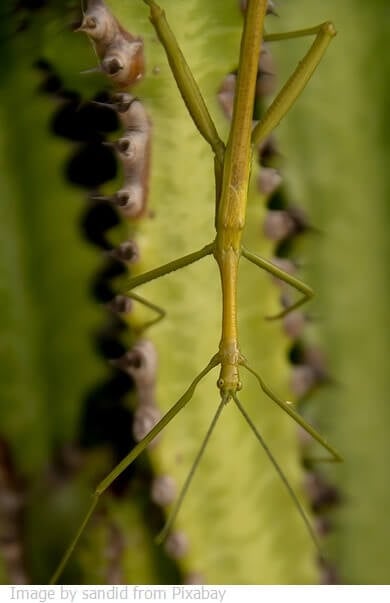 Counter shading is where an animal has graded colors to create an illusion of flatness. Usually, the top color will be a dark shade and the lower side a light shade. A shark has two colors on its body, the upper a darker shade than the underparts. When looked at from above, it looks flat, almost blending with the color of the ocean.

Humans have successfully adapted Camouflage in their clothing and other areas for many years. Men wearing animal skin was one way. History gives evidence of ships being colored sea green to camouflage them.

During the 19th century, Camouflage was used in military applications. The French army was the first to use rifle-green jackets against the British in Napoleonic wars.

Later, the British replaced rifle green with khaki color, which helped the army hard to be spotted on a dusty land. They discovered khaki cloth (dust-colored cloth) in India. British also used irregular red, brown, yellow, and green patches for their coastal fortifications and artillery.

Warring countries heavily used the art of Camouflage during the First and Second World Wars. Not only the fighters, even the military equipments were disguised with successful camouflage patterns and colors. After the second world war (1950s) US army started using khaki in their Uniform to camouflage the severe tropical environment of the South Pacific.

Functional use of Camouflage in clothing

Camouflage is used today in military and civilian life for its functional purposes. The military continues to use Camouflage combat attire to this day to safeguard soldiers and their equipment.

In severe natural elements like grasslands, deserts, and forests, camouflage colors help to blend into the surrounding; for example, earth tones serve as camouflage in deserts.

By the middle of the 20th century, camouflage fabric became integrated into civilian fashion. Many fashion designers started to use camouflage patterns to design their clothes. Military Camouflage has markedly influenced the fashion industry.

Other than military patterns, plaid and animal prints can also be a part of camouflage clothing. Today camo-wear is more popular than streetwear.

Many fashion designers have created their own artistically inspired camouflage patterns. Many famous designers like Yves Saint Laurent, Galliano of Christian Dior, Anna Sui, Franco Moschino, Rei Kawakubo are a few names who successfully used camouflage themes in their creations. Pseudo-military patterns and colors were developed to cater to the growing market.

Designers use the graphic patterns of different colors to create a perception of kinetic movement and dynamism.

The principles they use primarily for Camouflage in fashion are blending and disruptive theories, which came to be known as Dazzle in the fashion world. They use triangles, cones, angular motifs, spirals, ellipses, circles, etc to create a perception of dynamism or moving image. This brought about a definite change to the contemporary designs of small florals and dots.

Camouflage clothes can deflect unwanted attention to undesirable body parts. In the hands of a good designer, camouflage clothing can hide or help draw attention.

Though camo is considered a masculine style, it looks good on women. A variety of camo clothing is available for women, and with the right pairing, you can either go for a casual streetwear look or go for an upscale, elegant look. It is better to limit it to any one piece when wearing camo because too much can make you look like military personnel

Some styles for camo clothing

Camo looks stylish paired with whites, blacks, bold neons, neutral and pastel shades. Denim is one sure choice you can always depend on when pairing with camo.

In which country can you not wear camouflage clothing, if you are a civilian?

Though wearing camo is fashionable today, you cannot do so in some countries, unless you are military. The countries that have banned civilians from using camouflage clothing are Bahamas, Barbados, Domenica, Ghana, Jamaica, Nigeria, Oman, Philippines, Saudi Arabia, Uganda, Zambia, Zimbabwe.