A people must have dignity and identity (Andrew Goodman). Alternative clothing styles provide this dignity and identity to people. And there are millions of takers for these styles. One such very popular style is the Gothic Fashion style. It is a very expressive and almost dramatic style with the followers adhering to dark, mysterious, sometimes antiquated Gothic themes in their makeup, hairstyle and clothing. 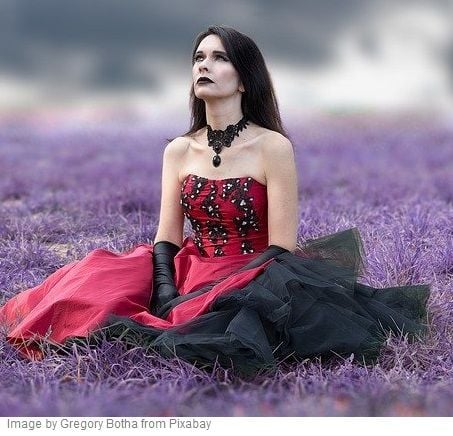 If you know about Gothic culture only as a part of its fashion style, that couldn’t be more wrong. The Gothic movement became popular in United Kingdom in the 18th and early 19th centuries as a new literary movement (also called anti-transcendentalist). It saw a revival among the audience of Gothic rock, an offshoot of the post-punk genre (Wikipedia), and is a major path breaking cultural movement in the 1980’s. Gothic fashion started as an alternative to the popular bright cheery fashion of the times.

The Gothic beliefs have a base in poetry and writing of  Edgar Allan Poe, Anne Rice and H.P Lovecraft, popular vampire stories as well as supernatural and horror films (Eg. Interview with a Vampire) and music by heavy metal music bands and singers such as Marilyn Manson (I am a Goth Video).

Goth as a subculture has darkness, and misery as its central themes, a preference for the macabre tales involving monsters and witches, and a fascination for death and ghost stories and symbols of the occult. Sexual liberation and freedom of choice and anti religious sentiments are implicit ideals of this popular subculture.

Many who come across the culture and its ideals have fear in their minds because of the brooding looks and the dark aura surrounding the goths. The Gothic clothing Style also reflects this darkness visually. Some may call it bizarre and weird and even perverse. Once society may have labelled them outcasts or freaks. But for the ardent followers, it is just boldness and freedom of expression.

You may be interested in this style for a Halloween event or a costume party or follow it as a lifelong passion or just want a change from the bright colors and prefer something darker.

Whatever it is, you need to know the main features of this style before you adopt it. But realize that more than the style involving clothing and accessories, Gothic fashion is all about the attitude of its followers. A badass attitude and a brooding demeanor – a rebel with or without a cause. 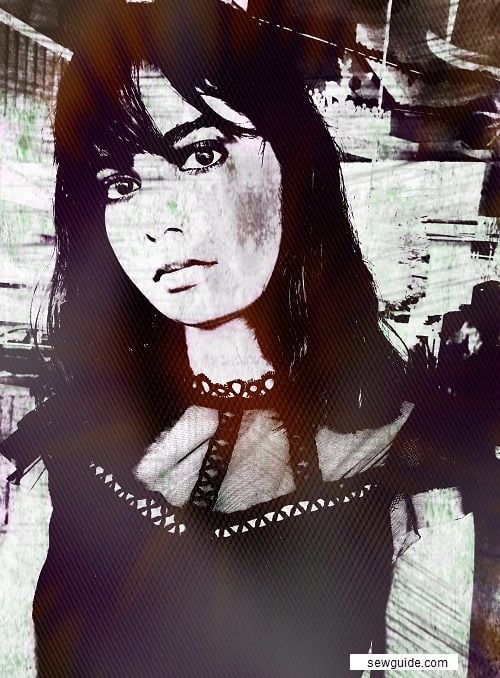 Other than the ever popular Classic Goth, Gothic Lolita Style, Victorian Goth, SteamPunk Goth, Romantic Goth are other offshoots of this style. Though there are subtle differences among these, all the goths follow the most characteristic feature of this style -a preference for black in everything.

Most of the followers of Gothic fashion are young and very creative and this creativity is reflected in their dressing. 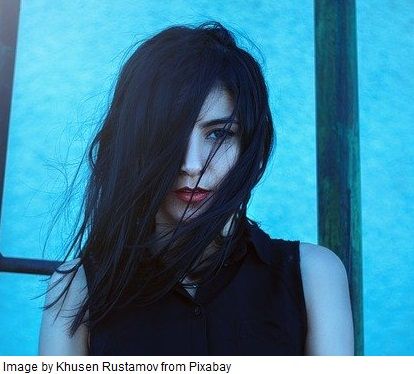 Accessories like metal chains, heavy buckles on shoes, spiked armlets, wristbands, fingerless or net gloves, and studded and ringed gauntlets, Body piercings, and tattoos, heavy exaggerated makeup including black nails, Dark eye shadow and black eyeliner, chains, and studs as an embellishment on clothing, black metal jewelry including rings and chokers, gauntlets, spiky hair, powdered and white faces, black nails, black, burgundy, purple or dark red lipstick – all the features of this style are attention-grabbing. They are meant to bring all eyes on to them.

In clothing, Lace, velvet, cowhide leather, mesh and net are frequently used fabrics. Sometimes even PVC fabric is used. Layers of clothing is a preferred silhouette. As for colours of clothing other than the ever favourite Black, wine reds, and purples are used.

Symbols of skulls, bats, crosses are frequently used as prints on fabric or metal accessories. 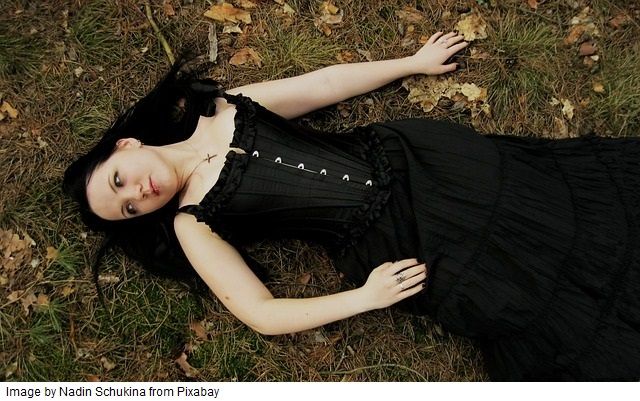 Victorian goth follows the elaborate fashion of the 1800s. Corset tops and tightly laced Corsets, long dresses with bustle, capes, fishnet stockings, black gloves, Gothic veils, full flowing skirts for women with gloves, fans, and parasols as extra accessories; Vests, Cravats, pirate shirts, pirate jackets, dark hats and canes along with trousers or jodhpurs for men are all part of the Victorian Gothic style. If you can’t get pirate shirts to look like a medieval goth you can get away with black, red and white t-shirts. Just rip them for an extra effect. 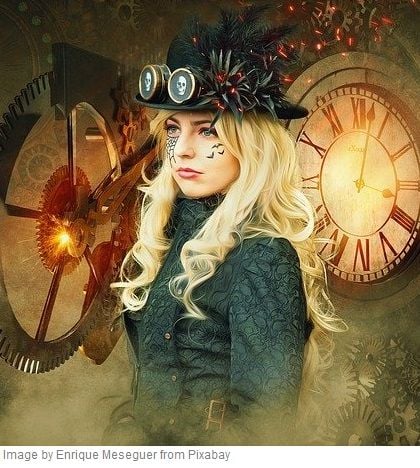 This style combines the Victorian style with scientific symbols and incorporates some dark earthy tones other than black.

A Pastel Goth fashion is a new fashion trend of wearing pastel colors along with all the other characteristics of a goth. Real goths rebel at the idea of including this style into their dark collection as a Pastel Goth sports many light colored features like pastel dyed hair or hair extensions, pastel clothing etc which is in contrast to the dark ideals of gothic style.

More interesting things to do to learn more about Gothic life and style: Explore Gothic culture in the books of J.D. Salinger, John Hawkes, Nathaniel Hawthorne and Washington Irving. Read the book The Picture of Dorian Grey by Oscar Wilde ; Subscribe to magazines like Gothic Beauty Magazine, Gothic & Lolita Bible (or check out their Facebook page for outfit ideas); Watch all episodes of Game of Thrones; Go to the Public museum with goth artworks at Gorey House in Cape Cod, Massachusetts ; Study the costumes of the inhabitants of The city of Gotham in the Batman movie The Dark Knight. Watch more Dark movies like Sinister, Insidious, Annabelle; Download Gothic Dress Up App on Google Play ; Party in Gothic Nightclubs in your city; Get yourself a Monster High Doll like this one. 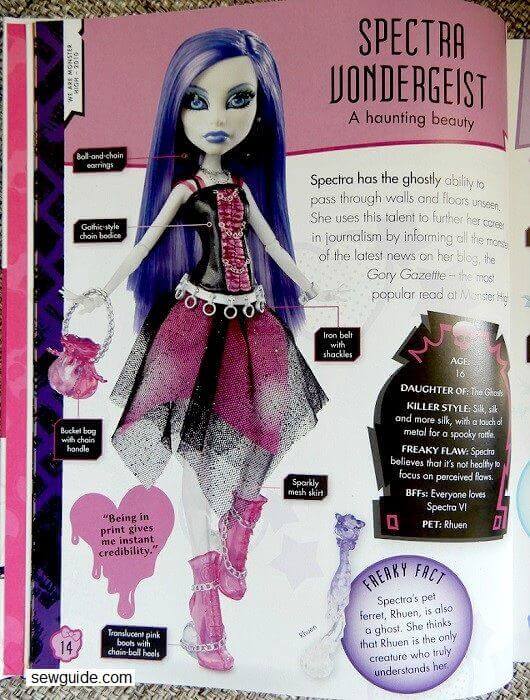