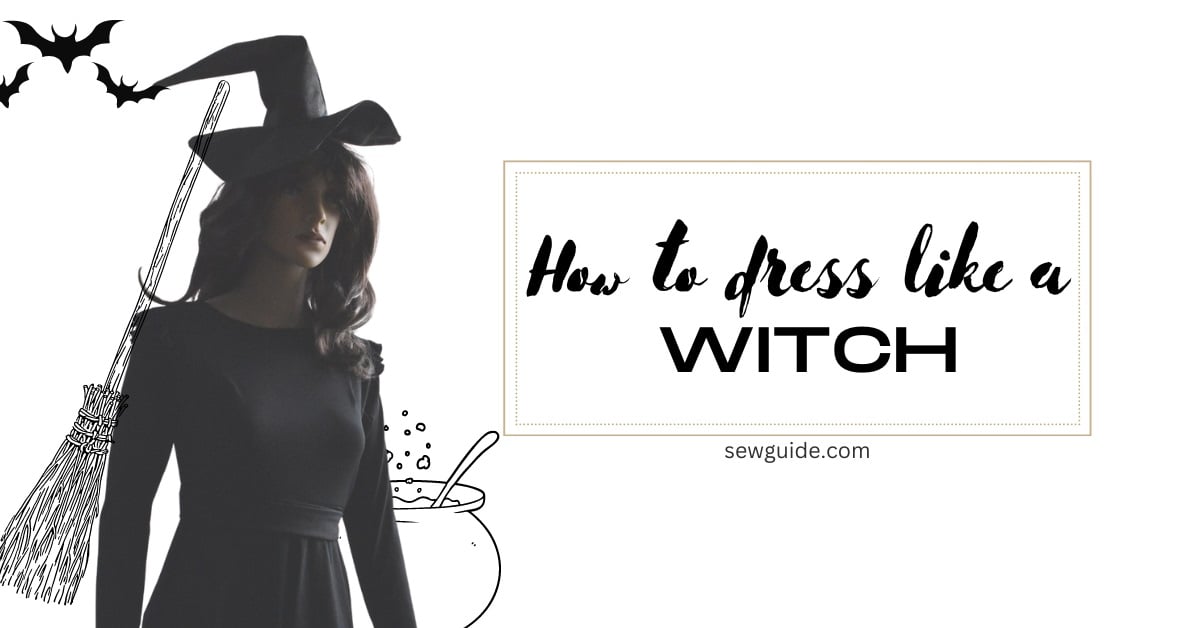 A witch had a negative connotation for a long, long time. But now that anti-heroes are becoming more popular than heroes, a witch is also having a renaissance of sorts. You definitely do not want the tragic life of Wanda Maximoff, the scarlet witch, but you can sympathize with her and may even want to dress like her and could do with a fraction of her powers.

Witches fascinate us as much as superheroes and extraterrestrials. Wouldn’t you want the power to change destinies with the flick of a wand or using a little potion? Do you not want to cast a spell and teach a lesson to all those who were mean to you?

Dressing up in the classic witch costume is the only feasible thing you can do now, realistically. And thankfully, it is quite a simple thing to do.

The classic witch costume is easy to put together and can be personalized according to your taste. It is hardly possible to go wrong with a witch costume because of its simplicity and severity.

Who is a witch? 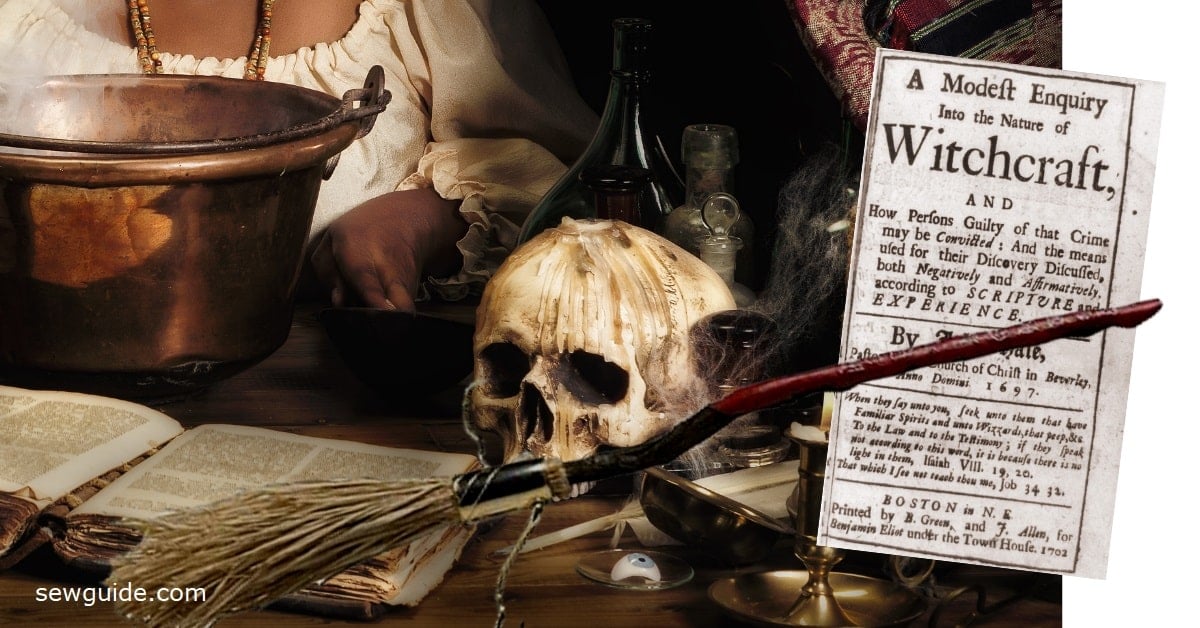 A witch is someone who practices witchcraft. She uses magic and spells to achieve their will and wishes.

A witch is a badass person who listens to her own. She works her way into the world according to her own rules. She stands strong amongst all the accusations of blasphemy or wrongdoings. As I see it today, a witch is a brilliant person ahead of her time. A wise person who knows it all and cares a hoot about what others say about her and her ways.

Witches live as one with the earth and possess a deep knowledge about the workings of the universe. All their rituals and symbols are one with nature.

A witch was considered a reclusive but very wise woman who knew many things and who could cast spells and prescribe their own medicinal concoctions to cure diseases and ward off evil. They even cast love spells and gave potions to succeed in love. Even those who despised witches consulted them when these problems beset them. They were called the hedge (wood) witches, a more benign version of the wicked witches.

Other rumours about witches :

These acts of witchery were considered forbidden, though helpful. Witchcraft has always been considered evil by religious people. To burn as a witch is one of the worst nightmares you may have, but that has been the destiny of many witches (or those accused as one).

These practitioners of witchcraft were supposed to dress in a particular way – with severity, simplicity, and a sinister vibe.

1. Start with a black dress 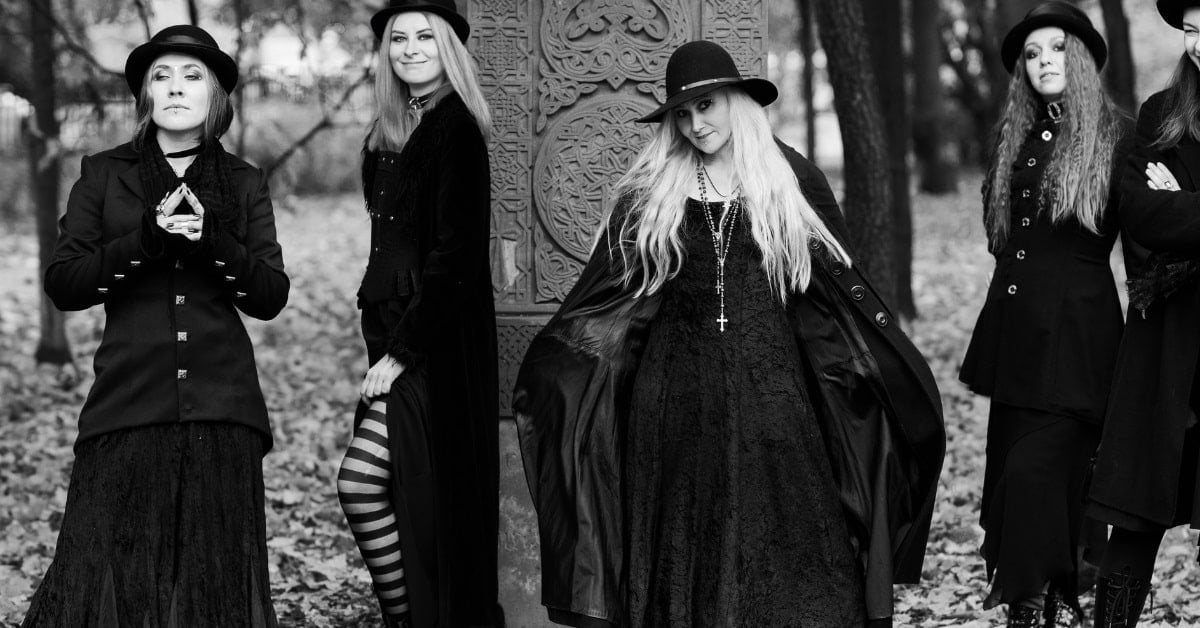 Decide on your primary costume from items you already own. You can distress the look to give it a natural vibe. You can transform a simple black dress to look like that of a witch in many ways.

The classic witch look consists of an old-fashioned long victorian style gown with a wide-brimmed witch hat. You can look for an all-black, full-length gown to look like the traditional wicked witch.

For a modern witch, you can pair black chunky knits sweaters with black leggings or a black long-sleeve shirt and ripped black jeans accompanied by a kohled eye and fly-away hair.

For an alternate look, add some punk elements to your look with sinister graphic tees and black boots.

A bohemian witch can wear long peasant-style dresses. Another way to transform a simple black dress into a witch’s dress is by using scissors to distress the hem and sleeves, so they appear frayed and ripped.

Put on some black stockings to protect your legs from the cold. It’s not mandatory to wear tights or stockings, although they might be helpful in chilly weather. Keep your tights black to keep with the all-black concept.

To finish your outfit, wear black boots or heels. Although traditional witches typically choose pointed boots, you are free to wear any other pair of black shoes. Consider wearing a pair of black high tops or sneakers if you want to project a more contemporary witch look.

4. Tie A Cape To Polish The Look 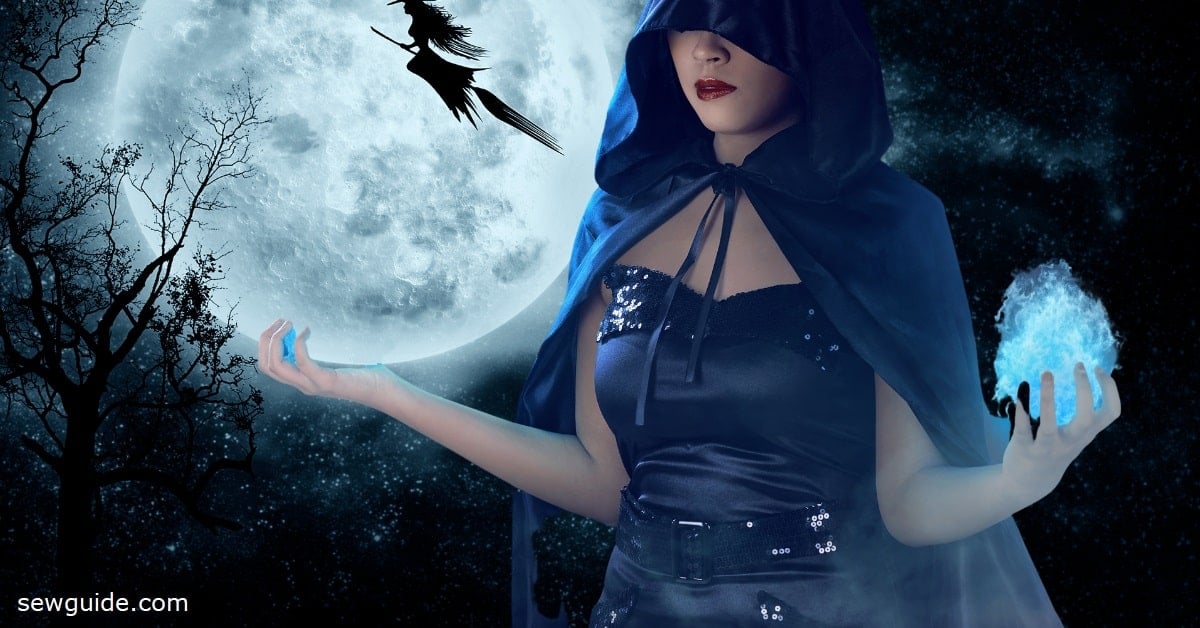 All witches may not wear a cape, but if you wear one as part of a witch costume, it might give you a touch of sinister sophistication. If you want everyone in the room to stop and look as you arrive, tie a black cape around your neck and let it hang behind you.

For a witch from the Victorian era, a black velvet cape would look great, while a witch from a more contemporary period may use a black cotton cape.

Check out tutorials to sew capes. 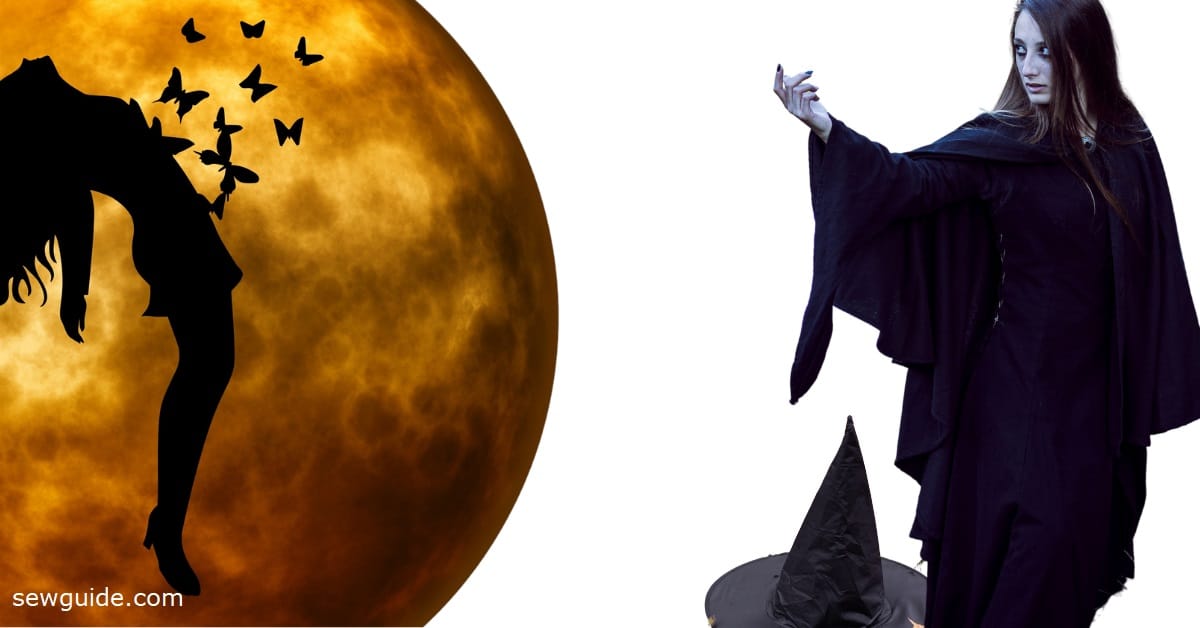 The witch’s costume is incomplete without a black witch’s hat. This is the foremost element of your dress that people will notice the most. You can get a cheap black witch’s hat from a costume or thrift shop or make one easily with any black fabric.

Check out the tutorial to sew a witch’s hat here. 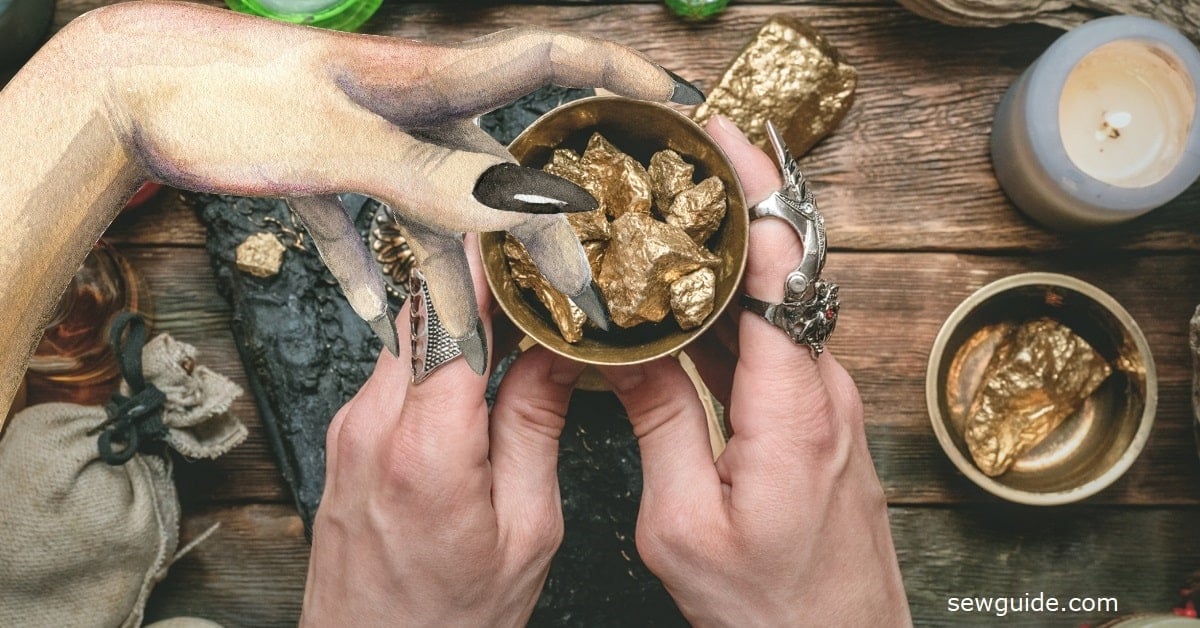 Black is the favorite color of all witches. Make that point clear by matching your attire with black nail polish.

If you wish to achieve the unclean, unkempt witch look, rub coffee grounds and stain your fingertips. You could also use silver or white nail polish to draw tiny spider webs on your nails.

To make your look scary, consider filing your artificial nails into long, pointed claws. You can enhance the look with lots of rings.

7. Makeup of a witch

The witch in the wizard of oz, also known as the Wicked Witch of the West, is entirely green on her face and neck. To mimic her appearance, carefully apply green paint to your ears, skin, and face.

Make your hair look disheveled, or wear a long black wig if you don’t want to deal with your hair. If you don’t have a wig, you can tease your hair to look chaotic and unruly by combing it backward with a little comb.

Adhere to the color palette of witches – black, purple, green and orange. 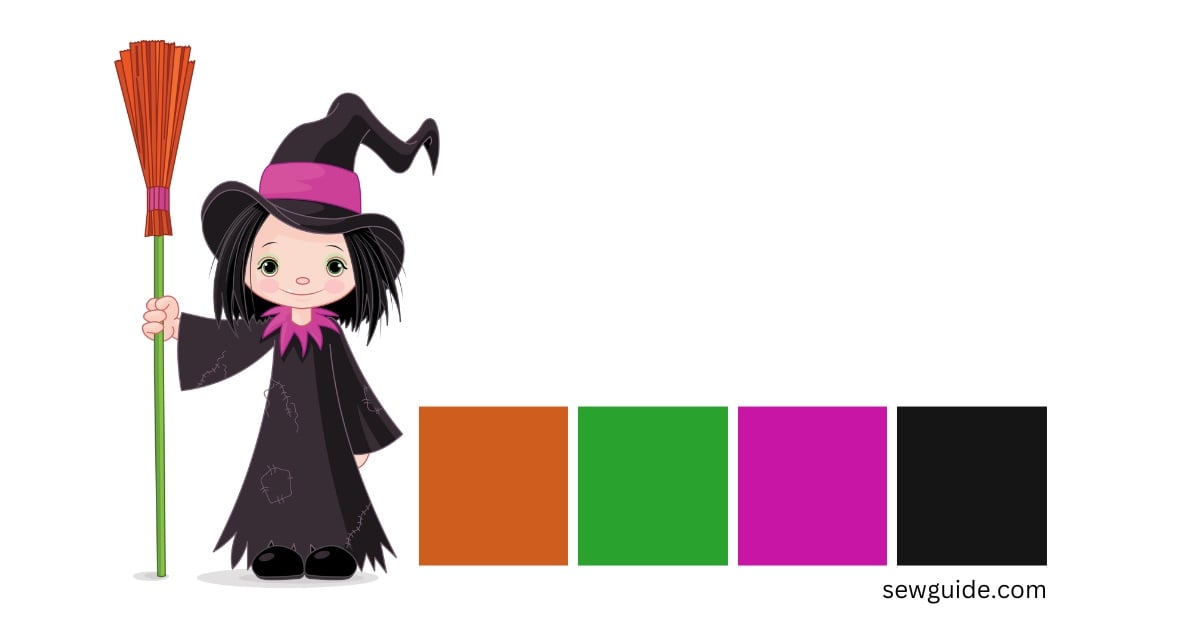 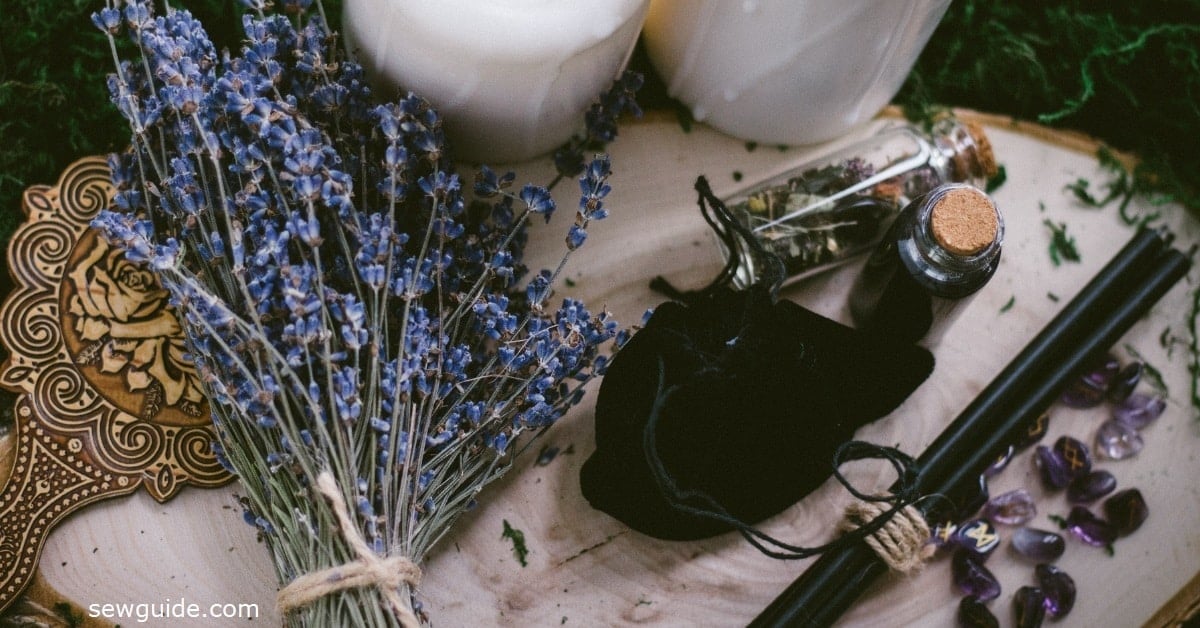 To go around places, traditional witches used broomsticks. Find an old broom with a long wooden handle and unkempt bristles to carry around.

Alternatively, you can ditch the broomstick and go for a crystal ball, as seen in Sleeping Beauty or Wizard of Oz.

If you want to create an atmosphere around your witch costume:

☠Surround yourself with crystals, lit candles, a cauldron, shells and stones, herbs like willow and thyme, and a full moon.

☠Get a poisoned apple if you want the look of the witch in Sleeping Beauty.

☠If you are enchanted by the look of the witch in ‘Enchanted’, get yourself a similar headpiece and a wand.

☠Get inspiration from the dressing of Elphaba, the Wicked Witch of the West and get into the mood by reading The Witches of Eastwick by John Updike.

So many outfit ideas – which is your favorite witch style?