What is a Cloak? 15 Different types of cloaks 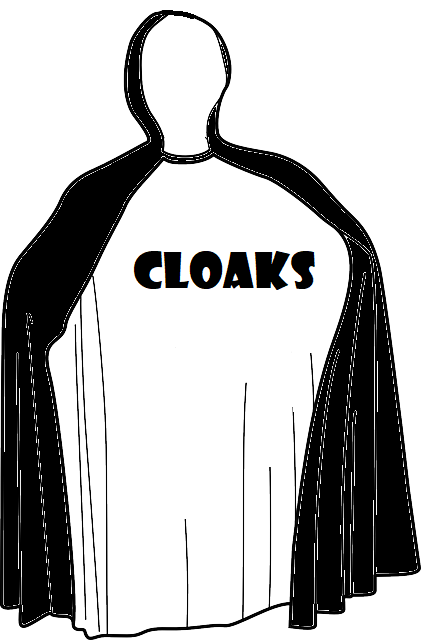 A cloak refers to an outer garment that is hung from the shoulders, covering the upper body and ending at the hips to the floor. It may have slits for sleeves or be sleeveless; it may have a hood or not. The cloak is worn over other clothes for warmth and also as a protection for the inner clothes especially while traveling. It could also be used to hide one’s identity.

Cloaks have been used by men and women as fashionable outerwear for a long long time in different fabrics and different styles, but they were especially popular during the sixteenth and seventeenth centuries in Europe. In literature and art, cloaks are always prominently featured, especially in the fantasy genre. The cloaks are often associated with wizards, witches, and vampires. Remember the Invisibility cloak in the Harry Potter series.

You can trace the history of cloaks back to prehistoric men. The prehistoric men wore cloaks made of animal skin which was held together at the neck by a leather string. It provided warmth during the day and acted as bedding during the night. In ancient Greek both men and women wore Himation. It was a very large rectangular piece of fabric, usually worn over the left shoulder and draped around the body.

The Romans wore a cloak called Pallium derived from the Grecian himation. Roman soldiers wore cloaks called Paenula and Sagum. They were made of coarse wool. French peasants of ancient Gaul used to wear a hooded cloak called Bardocucullus. The Aztecs (South America today) wore a cloak called Tilmatil or tilma. It was popular in Europe till the 16th and 17th century as a part of regular clothing but by the 19th century it was largely used as costume in masquerade parties. 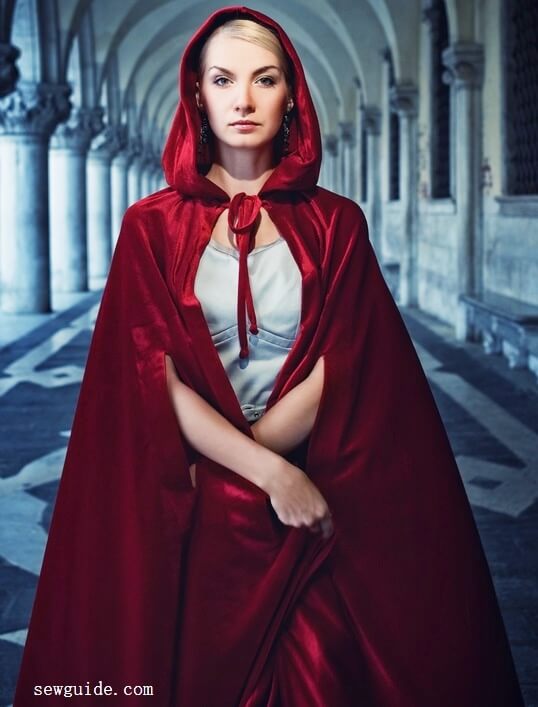 Whenever we think of costume designing for a costume party we always have this large dark cloak in mind – It is called Domino and was worn along with a half mask. It was popular at the masquerade balls in the 19th century. It is fashioned after the pilgrim’s cloak of the 17th century.

The mantle is a hooded cloak worn by both men and women from the 12th to 16th centuries. They were sometimes cut in such a way that the front ends were longer than the back. Those worn by women were often made with silk, fur, muslin, or lace. In the 18th century, women wore a short cloak called mantelet. By the end of the 19th century, a mantelet was a short cloak worn by women with elongated ends in front which were held in position by a belt at the waist.

The ponchos were used by native Americans as an outer garment. It was a large piece of fabric with an opening at the center for inserting the head. Sometimes it had an extra piece of fabric acting as a hood to ward off wind and rain. There were rainproof ponchos made of water-tight materials. Today ponchos are considered a fashionable outerwear

The cardinal’s cloak,  a long and voluminous red-colored cloak that was very popular in the 18th century among American and European women. They were so-called because of their cardinal red color. They were made of closely woven wool cut on the bias and left with a raw edge along the hem. It had a hood that was often gathered in the back so as not to disturb the wearer’s elaborate coiffure. A cardinal cloak was said to be a variant of a capuchin cloak.

The capuchin was a cloak worn by women. It was fashioned after the habits worn by Capuchin monks. The term capuchin derives from the long-pointed hood of the Capuchin habit. The capuchin was a full-length cloak with a hood attached to it. It was very similar to a cardinal. Unlike a capuchin monk’s robe, It was made of fancy fabrics.

The riding hood was a cloak with a hood that covered most of the head and neck. The hood could be pulled up over the head when needed or left hanging at the back. The riding hoods offered protection from the environment like wind, dust, rain, sun, etc.

This is a cloak with uneven length – it was short in the front but long in the back. It was usually made of dark wool fabric. As a fashion accessory, it was most popular during the mid to late nineteenth century in America and Europe. They were made of many materials like muslin or silk.

This refers to a full-length cloak with fur-edges or lining. It was inspired by the short fur trim jacket usually worn by the military. It had a hood and arm slits and was cut from rectangles rather than half circles. They were often made entirely of silk. It was edged or lined with fur.

The sarape also called a Jorongo is a large blanket-like cloak. They are often brightly colored and fringed at the ends. They were worn in Mexico especially by men. The modern variations are shaped like a poncho with an opening for the head. They are often fitted with a matching hood and come in various lengths.

The Kinsale cloak also known as the Irish cloak was the last remaining style of the cloak worn in Ireland. It was a woman’s outer garment made of wool. It was large enough to envelop the whole person. It came with a hood that protected the face and head of the wearer from wind, sun, and rain. In the early nineteenth century red was the common color but by the twentieth century, black became popular. It was fastened by a single hook and eye near the neck. Sometimes it was decorated with trimmings and beaded braids.

Toreador is the Spanish term for Bull fighter. This toreador cloak is fashioned after the embroidered cloaks worn by a toreador during a bullfight

This is type of modern cloak (poncho) decorated at the edges and hem with tassels/fringes.

In the middle east and African countries where covering the whole body is a necessity (due to severe heat) cloaks were and still are used extensively by men and women.

Abaya is a popular cloak worn in the middle east. Burnoose is a hooded cloak worn by Arabs and Berbers in some African countries. Djellaba is another hooded cloak popular in North Africa.

The cloaks are of different types. There were short cloaks and full-length cloaks.

The short cloaks refer to those that reach till the wearer’s hips or thighs. The short cloaks are narrower and less voluminous than full-length cloaks. Since the short cloak is not voluminous, it would stay behind when you leave it opened, but still, give you the warmth and protection you need. Most of the short cloaks have a collar that could be turned up to keep your neck warm.

The full-length cloaks usually have a longer than knee-length till one’s calf because longer than that they would get soiled as the hem would drag on the floor. Most of the long cloaks come with a hood.

Cloaks as a fashion accessory are not as popular today as it was in the olden days. They are usually worn to reenact medieval period dramas, stories, or incidents. Though the most popular fabric for the cloak in older times was wool or silk, today cloaks come in a variety of fabrics. Felted wool and fleece are the most preferred fabrics as they provide warmth.  Other than wool and fleece, cloaks made with velvet or washable cotton are also popular.

The terms cloaks and capes were often used interchangeably. They are usually made of wool, fur, velvet, and silk and both have the same purpose, but they have their differences. Capes are short and without sleeves. Cloaks are more voluminous, longer and may have sleeves or slits for sleeves. They were designed large so that you can overlap the front ends and hold them closed in front of the wearer keeping the wearer warm and dry against cold, rain, or snow. As cloaks were voluminous and heavy and this restricted movements of the arms, sometimes a slit in the garment was made on both sides which allowed free movement of arms.