Empire Line : The silhouette and dresses in this style

An empire line style or the empire silhouette consists of a waistline that falls just under the bust with, the rest of the bodice falling down gracefully in a long narrow line from under the sash that holds the waistline.

If you are looking for a style that is classy but at the same time emphasizes and flatters your figure, you will find the empire waist style appealing.

A woman’s dress silhouette in which, the bodice is tightly fitted till the torse, the waistline is noticeably raised above the normal level to just under the bust and the skirt from there is straight, and loose is referred to as an empire style silhouette.

What is an Empire Waist Dress?

An empire waist dress, also known as an empire line dress is a type of dress that comes with a bodice that ends just below the bust, with a sash/ band on the smallest part of the body. It then flows into a long, flowy skirt. 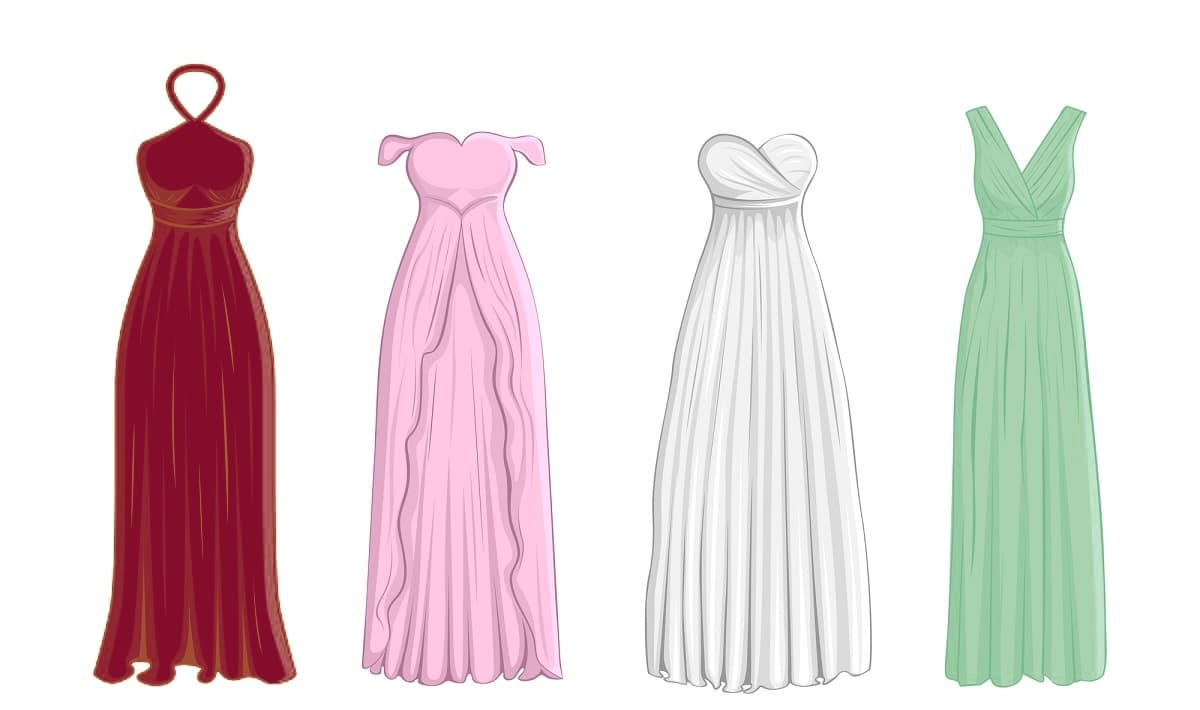 Advantages of the style

In this style the skirt from the waistline starts from a higher point on the dress than in anyother style. Because of this, the empire style sports a long narrow skirt, and this can make the wearer’s body appear longer.

They are good for rectangle body shapes, as the band under the bust help to draw attention to the curves from bust to the waist and give curves where there are none.

Empire waist dresses are designed to highlight the area of your bust and near your natural waist. It will make you appear visually slimmer compared by emphasizing the width of your bust and the narrowness of the waist.

This style is designed to highlight your natural waist, which is frequently the part of a woman’s torso that is thinner than any other.

How is The Empire Waist Dress Different From an A-line Dress?

History of empire-waist style in clothing

This style can be said to have actually originated in the Neoclassical era. You must have seen Greco-Roman paintings of ladies wearing loose-fitting tunics, sometimes known as peplos, tied just under the bust.

By the end of 18th century, the empire line dress became popular in European courts. Gowns with low plunging necklines, high waist, and straight flowy fabrics from the slash just under the bust were welcomed as a welcome alternative to the constraints of tightfitting gowns and corsets.

It was considered as a natural style of clothing. The style took away the need for a tightly laced corset, because of its loose skirt. These gowns were not at all difficult to wear or style.

Today the empire style has obtained a classic label – a variety of tops, dresses and gowns are designed in this silhouette.

Why is it called an Empire Waist Style?

This type of style was popularised by the French Empress Joséphine de Beauharnais, wife of the emperor Napoleon.

Which Body Shape Does it Suit Best?

Since in an empire dress, the high waistline is located just below the bust line, and the following part of the dress cascades out, it suits pear-shaped women the best. They make the smallest portion of the body more attractive and cover the problematic areas.
For those with straight, boxy lines (Read rectangle body shape), an empire waist gives additional curves. It can also emphasise your bust line.
It is also good for a petite with a small body as it can give an illusion of height.

Is it Flattering on a Person with a Curvy Body?

They work especially well for curvy women who wish to draw attention away from their hips or waist and instead highlight their bust.
Empire waist dresses creates an elongating effect; it lengthens the wearer’s frame.
If you want to de-emphasize your bust, may be this style is not for you.

How to Style it To Make it More Flattering?

Prints can hide a multitude of things you do not want to show – choose prints wisely and your empire waist clothing can flatter you to no end.
A pretty bow or a colorful brooch placed on the waistline of your empire style dress, just under the bust line is a popular option – it brings the eye to the narrowest part of your body. Your waist will appear even slimmer.
If your figure is more athletic, a feminine empire waist silhouette will soften your frame.
If you like the style but do not have any dress like this, you can use printed fabric or color blocking to create the appearance of an empire waist.

1 thought on “Empire Line : The silhouette and dresses in this style”