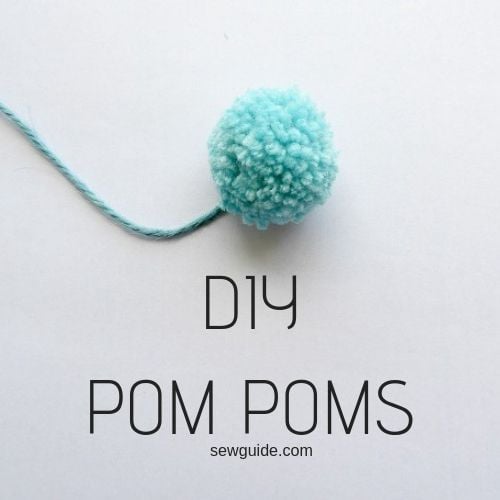 As a die-hard crafter, Pom poms are one of the first things I made and loved. Everyone who makes them falls in love – this is the specialty of a pom pom. It is as cuddly as a soft toy. You use it to play toss, you keep it on the hair and see how it looks, you try to attach it to everything on sight; well, these are the regular activities at my home when I make pom poms.

Other moms make cookies and I make pom poms. My kids have adjusted.

Here are the different methods to make them- each with their own merits. 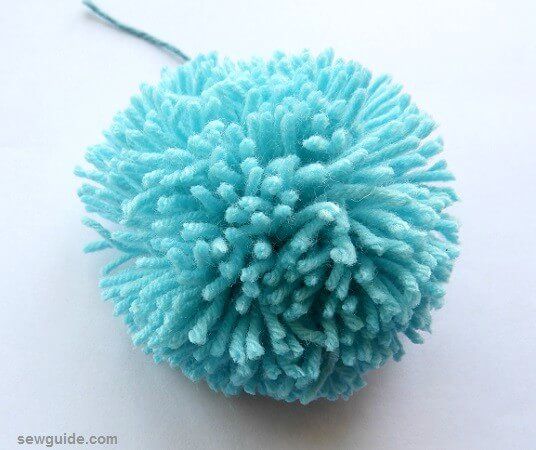 The easiest method is to take the wool yarn for knitting and make it superfast. 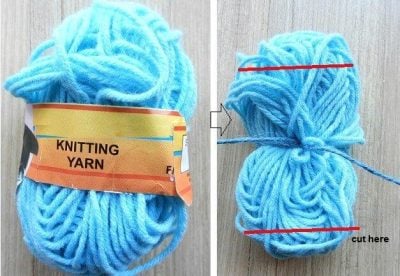 Tie it by the middle with a thread or yarn very tightly and cut the sides to open up your instant pompom. Trim to make it all even.

2 How to make a Pompom with your hand

Just wrap yarn or thread around two of your fingers. Yes, it is as easy as that. 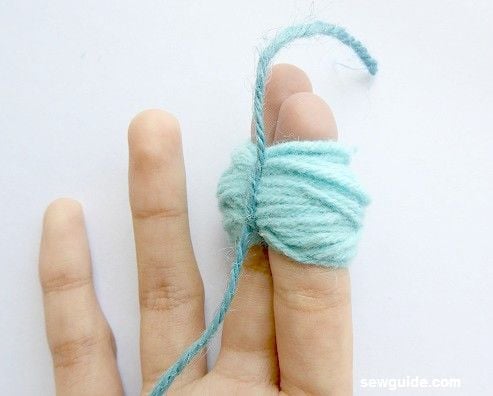 You need some 50 plus rounds around our fingers for a decent enough pompom. More rounds and the fluffier your pompom will be.

You should first keep the tying yarn between the two fingers before you start to wind around them. Otherwise, you will find it difficult to insert it after they are tightly wound together.

After you are done, tie the yarn together – you will have to tie really tight for the pom pom to get really fluffy.

Your helper whose fingers you are using may complain of their limbs going numb; mine did – ignore. Anything for a good fluffy pom pom 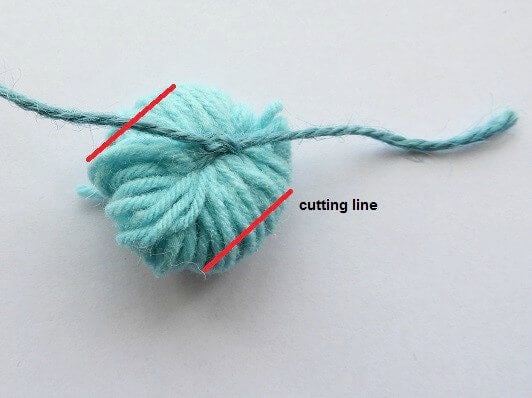 Slide the tied yarn bunch out of the fingers and now cut through the folds on either side. Fluff the yarn and then start pruning with sharp scissors.

Do not prune too little that you have a scarecrow pompom. But do not be too overzealous with the scissors that you have no pompom in the end.

3 How to make a Pompom with a fork

This method is the same as using the fingers – you wrap the yarn around the fork. The size of the fork is apt for a small cute little pom pom 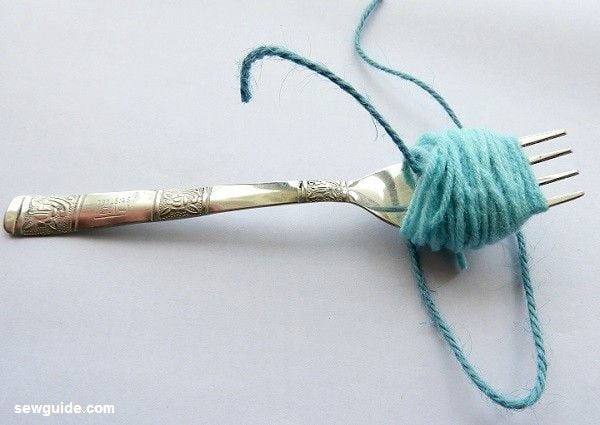 Bring up the tying yarn through the gap in the forkhead and tie together; the same way you did earlier. These two methods make small perfect little pom poms

4  How to make a Pompom with cardboard pompom maker 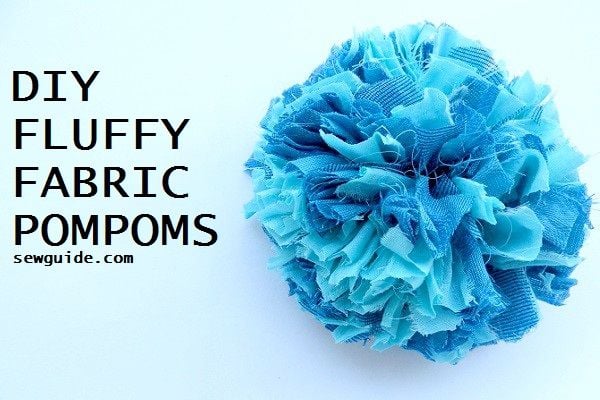 The main reason you would make this cardboard pom pom maker is that you can make bigger pom poms than you can with the fork or the fingers.

You need a cardboard which does not bend too easily but one which you can easily cut with old scissors. Pizza box cardboards are good enough for this or gadget package boxes. Decide on the size of pompom you want and then mark the design as in the picture below. 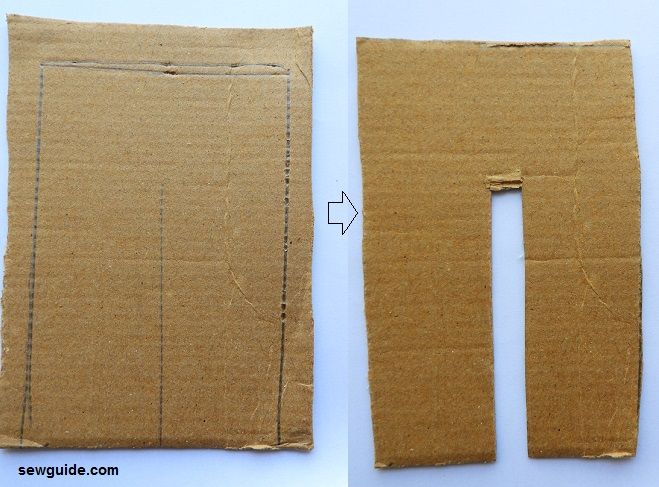 Cut it out with a 1/2 inch gap in the middle. When making a pom pom, you will have to insert a yarn to tie the wound yarn/wool/thread of the pom pom. For that you need space – this is the gap you will be cutting in the cardboard. 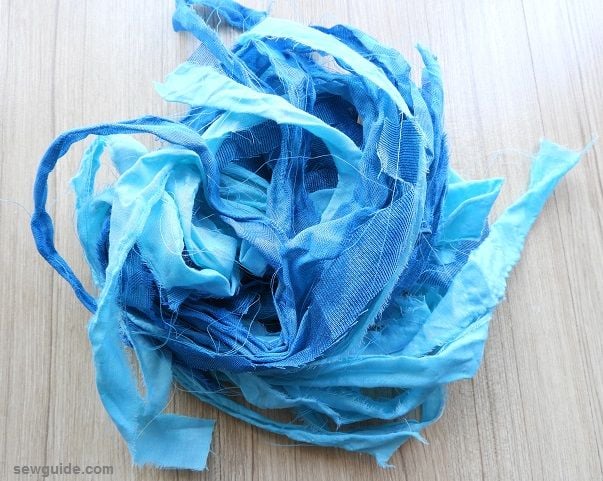 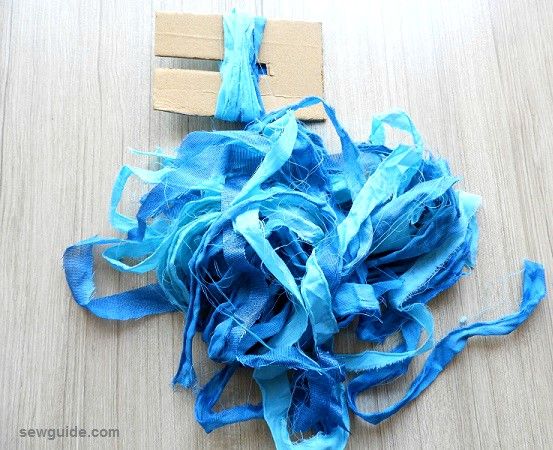 Insert the tying yarn through the gap in the pom pom maker and then wrap around the fabric scraps. Tie very tightly. Take it off the pom pom maker -you can carefully slide it out. Slide the scissors through the folds and Cut the sides and you have this voluminous pom pom which looks nothing like the messy fabric pieces you had twirled on the cardboard 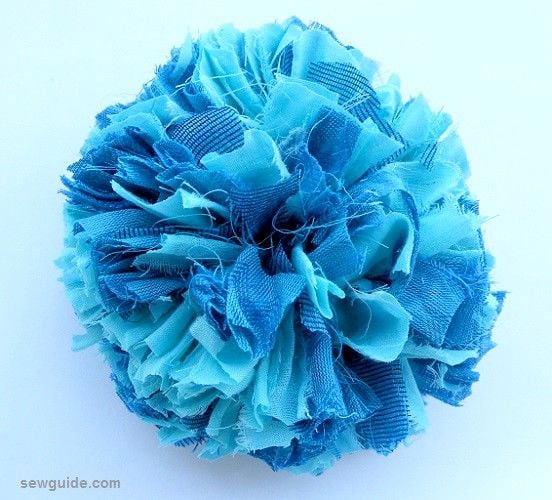 5 How to make a pom pom with toilet paper rolls 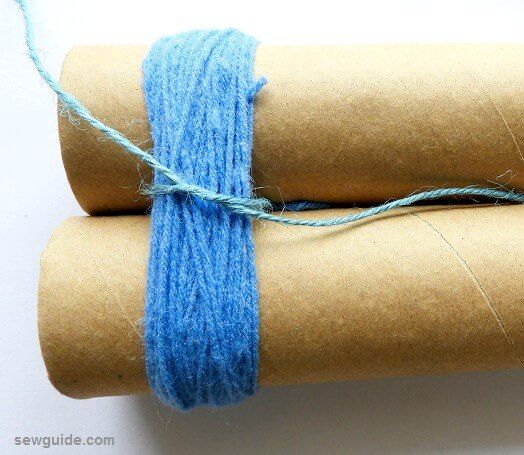 Keep the rolls side by side with the tying yarn in between. Wind the wool/yarn/thread all over these two together. The rest of the procedure goes the same as we did earlier. 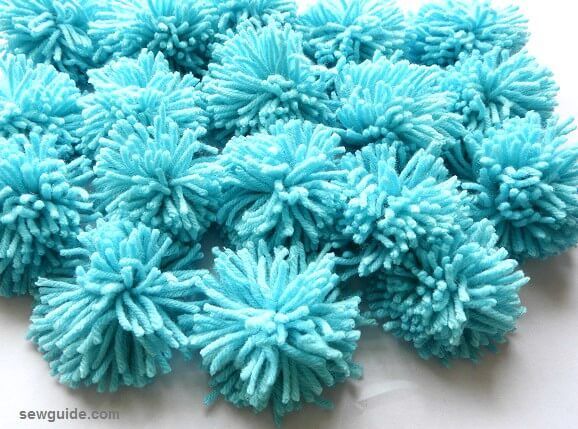 All the other methods are great – but when you want to make a lot of pom poms – winding it one by one can soon seem like a chore rather than a pleasure  – making pompom ceases to be the fun they are. This is the shortcut method.

Just find a chair with two projecting handles and wind your wool over this like in the picture below. 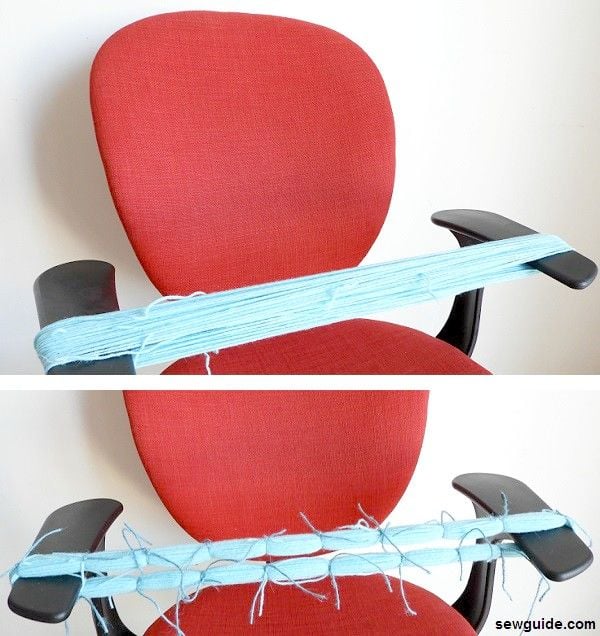 You will have to tie this wound wool at regular intervals with small pieces of yarn. 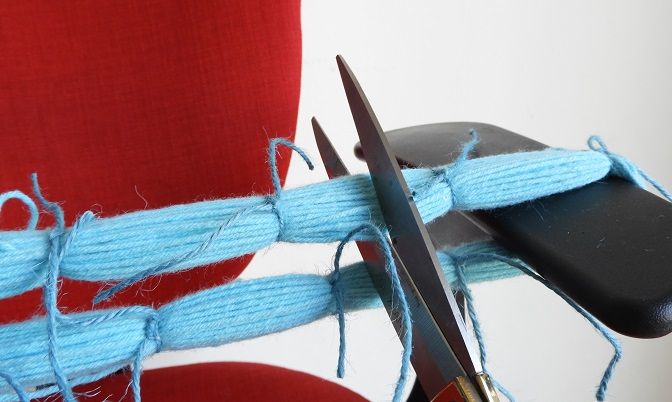 After it is all tied up cut the wool correctly in the middle of the ties. 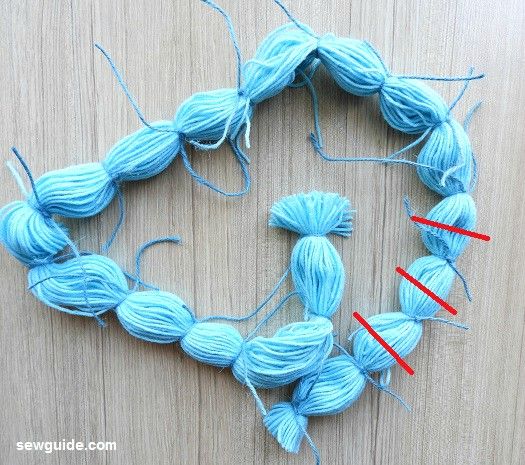 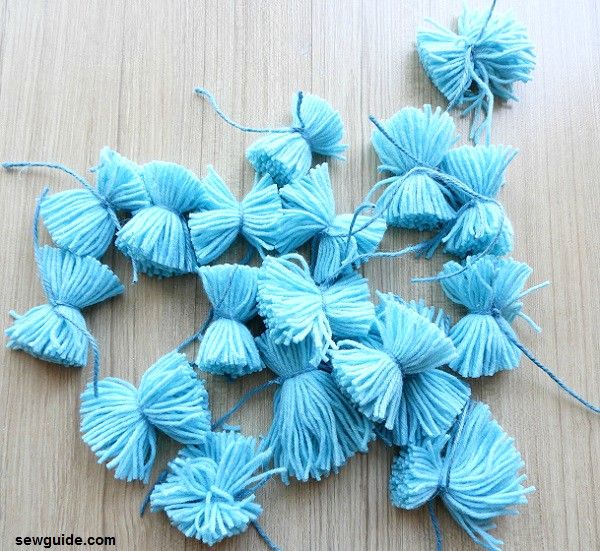 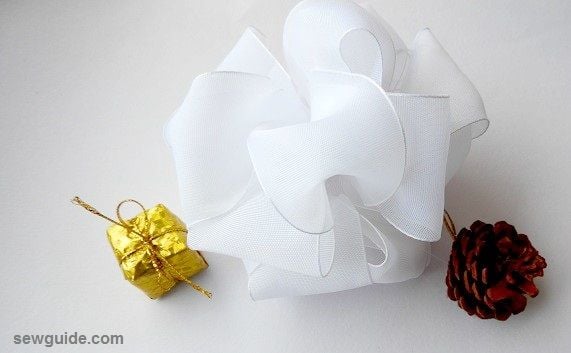 It is quite easy to make these ribbon pom poms. You can check out the detailed tutorial to make these in the post for making Christmas bows. 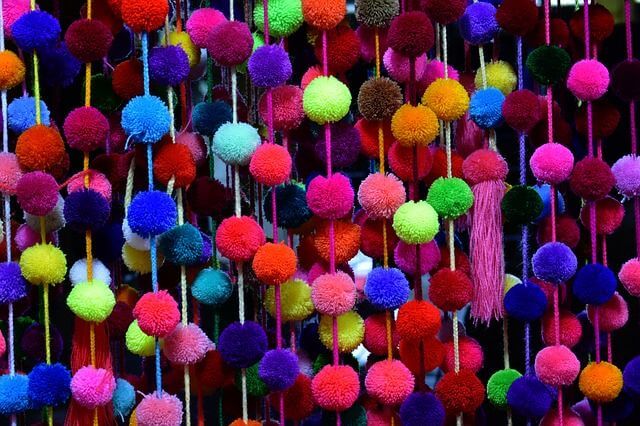 For more ideas on what to do with the pompoms you have made check out this pinterest board.