Top 15 Luxury Brands in the world of Fashion

“If we command our wealth, we shall be rich and free” said Edmund Burke, the famous economist. Many of us may never know what it is to be free when it comes to the subject of money; but for those who are ‘rich and free’, it is a luxurious life out there. The choicest of the products and services await their command and wallet. Here is a list of the top luxury brands of the world, that only the rich can afford but we can admire. 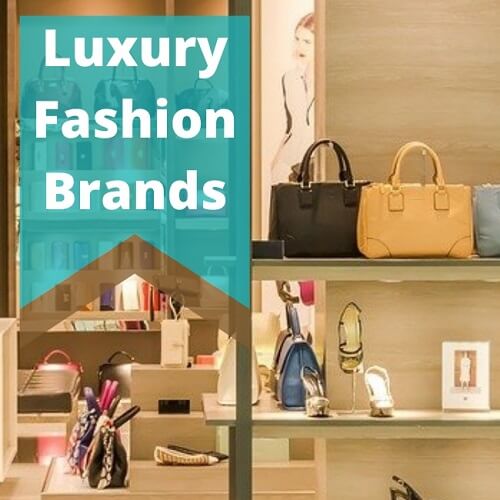 One of the world’s top luxury brands, Gucci was founded by Guccio Gucci in Florence, Tuscany, in 1921. This Italian brand of fashion, clothing, and leather goods is now managed by the global luxury group Kering. Their designs are considered the ultimate statement of social stature because of their fine craftsmanship, imaginative design, and attention to detail. Their timeless designs make them an authority in fashion. No wonder, this brand is a favorite of celebrities, style icons, Internet stars, and fashion influencers.

Adorned with an LV monogram, the Louis Vuitton luxury brand is a division of LVMH group of companies and includes leather goods, handbags, trunks, shoes, watches, jewelry, perfumes, and accessories. It was founded by Louis Vuitton in 1854 in Paris. He started as a trunk maker introducing flat-bottom trunks with trianon canvas, making them lightweight and airtight which was a novelty at that time. Before starting his shop, Louis Vuitton was the personal box-maker and packer of the Empress of France, Eugenie de Montijo – the wife of Napoleon Bonaparte for more than a year.

Today, the Louis Vuitton brand has a strong celebrity following and many top actors, models, and singers have proudly become the face of the brand. It stands as the most valuable brand in the world.

Celine was founded by Céline Vipiana and her husband Richard in 1945 as a made-to-measure children’s shoe boutique that was located at 52 rue Malte. More than a decade later, they branched out ready-to-wear apparel for women and went on to add a shoe line and later perfumes. After LVMH acquired Celine in 1996, the famous American designer Michael Kors became its creative director and introduced luxury to modern femininity. Now the brand is headed by Hedi Slimane, the French photographer, and fashion designer, as its artistic, creative, and image director.

Hubert de Givenchy was a French fashion designer noted for his couture and ready-to-wear designs. He opened his house in 1952 and soon gained international recognition. His designs for actress Audrey Hepburn for the movie ‘Breakfast at Tiffany’ are still lauded. Today the brand is owned by LVMH.

The brand Marc Jacobs International was created by Marc Jacobs and Robert Duffy in 1984. Today, as a part of LVMH house, it showcases a love of fashion and commitment to quality through lines of ready-to-wear and accessories. Marc Jacobs is the most nominated designer of CFDA history, and his creations are a perfect balance of tradition and innovation.

The luxury fashion brand Fendi was created by Adele and Edoardo Fendi in Rome in 1925. They started with leather bags and moved onto fur. The brand is known for its elegance, craftsmanship, and style. In 2000 LVMH acquired Fendi. Today it is famous for its fur and fur accessories, ready-to-wear, leather goods, shoes, fragrances, eyewear, timepieces, and accessories.

Donna Karan, the famous American fashion designer started Donna Karen New York ( DKNY) in 1984. The brand is noted for the designer’s signature bodysuits, dark tights, sarong-wrap skirts, fitted jackets, and heavy pieces of jewelry.  She became well known for her ‘Essentials line’ consisting of seven pieces that could be mixed and matched to create a full wardrobe. Today Donna Karan is a full lifestyle brand for men and women. The brand also showcases handbags, accessories, lingerie, eyewear, bedding and tableware, beauty products, and fragrances. DKNY was acquired by LVMH in 2001.

Synonymous with the tight shantung “Pucci” pants, the famous Italian fashion designer and politician Emilio Pucci, Marquis de Barsento, is much copied for not only his pants but also for his bold kaleidoscope of colorful designs, jersey dresses, and blouses. Pucci has received many awards for his fashion designs. His designs were worn by icons like Sophia Loren, Jackie Kennedy, and Madonna to name a few. Pucci’s career started with designing one-piece ski suits. But today the brand has a wide range – fashion clothes, accessories, fragrances, and even porcelain.

The origin of the brand TAG Heuer can be traced back to 1860, when Edouard Heuer founded the company Uhrenmanufaktur Heuer AG. In 1985 the TAG Group purchased a major stake and it became TAG Heuer. Edouard Heuer patented his first chronograph in 1882. He introduced the first wrist chronograph in 1914. Their watches are popular among automobile racers both professional and amateur. In 2000, TAG Heuer was acquired by LVMH. Today, apart from luxury watches, they also produce eyewear, mobile phones, and men’s accessories including wallets, belts, bags, jackets, bracelets, and cuff-links

The daughter of Sir Paul McCartney and Linda McCartney, Stella Nina McCartney, a British fashion designer is known for her fur-free and leather-free apparel and star-studded clientele. She designed Madonna’s wedding dress, Meghan Markle’s reception dress to her wedding to Prince Harry, and went on to dress actreses Gwenyth Paltrow, Liv Tyler, Naomi Campbell, Kate Moss to name a few. In 2001 in a joint venture with Gucci, now known as Kering, she launched a fashion house in her name – Stella McCartney. In 2003, she released her first perfume Stella and in 2007 her organic skincare products

Bottega Veneta, meaning Venetian shop, was founded by Michele Taddei and Renzo Zengiaro in 1966 in Italy as a simple leather goods company. Its logo-less accessories were liked by many celebrities like Jacqueline Kennedy and Lauren Hutton. The brand was known for its signature intrecciato weave of long strips of double-faced leather. Following a dip in sales in the ’90s following the ‘ logo mania,’ Bottega Veneta was acquired by the Gucci group. Today it stands as a luxury giant with its accessory line, ready-to-wear collection, jewelry, and Perfume.

Cristóbal Balenciaga opened his first boutique in San Sebastian, Spain, in 1917 where his clientele were mostly aristocracy and members of the royal family. Today the brand owns the distinction of being the longest-running fashion company in the world.

The designer is credited for popularising tunic dresses, balloon jackets, the high-waisted baby doll dress, the cocoon coat, the balloon skirt, the sack dress, and high-waisted dresses and coats cut like kimono. He also used heavy fabrics, intricate embroidery, and bold materials. After the death of Cristobal Balenciaga in 1972, the house was acquired by Jacques Bogart S.A. The brand Balenciaga is now owned by Kering.

The house of Boucheron is a French family dynasty founded by Frederic Boucheron in 1858, manufacturing luxury jewelry and later watches and perfume. The House of Boucheron is associated with the rondelle cut of diamonds, combining pearls with diamond rondelles, clasp-less necklaces, and peacock feather design. In 1928, the Maharaja of Patiala came to Boucheron with 7,571 diamonds and 1,432 emeralds to be set into 149 truly exceptional pieces of jewelry. In 2018, Princess Eugenie of York wore the famous Diadem set with a sizeable emerald cabochon and diamonds that Boucheron created in 1919. In 1994, the family business shifted to a more global approach with its selling out to Schweizerhall. In 2000 it was acquired by the Gucci group which later became a part of Kering.

Gabrielle Chanel, who came to be known as Coco, started her first independent boutique selling hats in 1910. From there she moved on to revolutionize women’s wear marked by adopting from the male wardrobe to liberate then structured corset and bodice of women wardrobe. Today Coco Chanel brand’s products include clothes, fragrances, handbags, and watches. The brand is most famous for its “little black dress”, Chanel No.5 perfume, and Chanel suit

Karl Lagerfeld was created in 1984 by Karl Otto Lagerfeld, a German designer famously known for his own brand and also his association with Fendi and the revival of the French fashion house Chanel. In 2006, he announced the launch of a new collection for men and women which included fitted T-shirts and a wide range of jeans. The brand includes men and women wear, kids wear, and accessories like bags and shoes.