This is a pattern that has a motif shaped like a droplet, in a recurring design. Paisley pattern is a very popular pattern, used in modern as well as traditional designs. The paisley motifs have floral/abstract swirls and intricate details incorporated into it, making each paisley motif distinct from countless others. 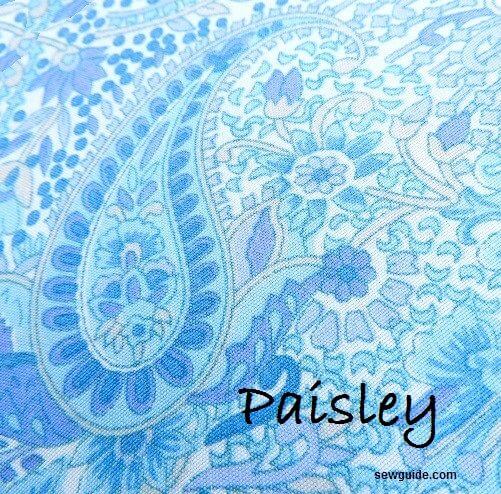 In India, this motif is also known as a Mango motif, because of its resemblance to a mango or rather a mango seed. Some also call it the almond motif ( sprouting almond motif) when there is a stalk under the motif along with leaves. When it has small footstalk and stand it is called a palm leaf.

You will also hear it compared to an asymmetrical tear drop ; but the other comparisons may as well raise a laugh – onion, cucumber, tadpole, wheat ear, cotton buds and even the dragon. Can you see the resemblance? It is even compared to half of a heart or an elongated feather, depending on how it is drawn

Some alternate names for paisley motif are Boteh ( after buta which refers to an ornamental motif), Turkish bean, Tear of Allah, and the Indian palm leaf

Although the motif itself is of  Persian origin with a lot of Indian influence the term Paisley is derived from a Scottish Town. The first name for this motif was Buta and is said to have been derived from a pine cone motif. French people have attributed the development of the paisley shape to the palm tree – particularly the palm shoot.  Palm is a very versatile tree with many uses and a symbol of prosperity.Zoroastrians compared it to a cypress tree, symbol of life and eternity.

When the paisley printed pashmina shawls from Kashmir region in India started to be madly popular in Europe, during the British reign in India, they tried to emulate these shawls in their own countries – mainly because of the  exorbitant cost of these valued original shawls made from wool from the underbelly of a special breed of goats only available in the Himalayan region. More on this on the post on Pashmina shawls
Paisley is a small town in Scotland made famous for its textiles especially shawl production.  Pashmina look alike shawls were made in silk at half the cost . This town gave its name to these beautiful motifs which were present in almost all of these shawls. 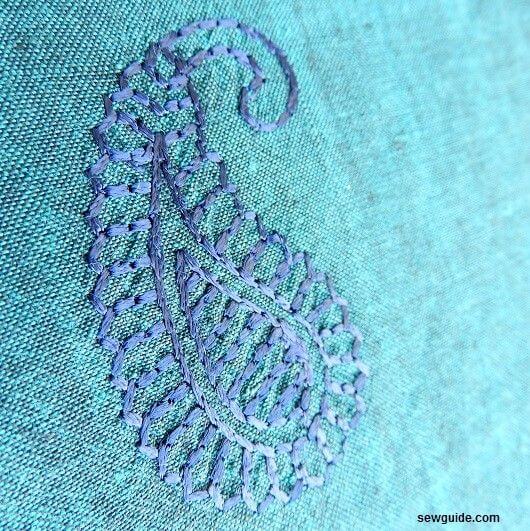 The fashion for paisley prints and patterns come and go. It is not a pattern that everyone favors, but for those that like it, find a way to incorporate some element of it in their homes or clothing, whatever be the fashion trend.

In Asian countries, you will find that paisley is used a great deal – on fabrics of saris and other dress materials, on accessories, home furnishings etc. The paisley is largely used in western countries on fabrics for home furnishings – like cushions quilts etc. Maxi dresses, summer dresses and bohemian clothing usually have paisley prints.  One clothing which has this print in abundance is the men’s ties. Another clothing where you oft find the paisley pattern is on the bandanas.

At one time in Victorian England, this pattern was the toast of the court and beyond. During the East India company reign in India hundreds and thousands of Pashmina shawls with paisley patterns were shipped to England and Europe. It reigned for a long time on shawls and hems of gowns. Then it disappeared and then had a resurgence during the 1960s. Then it went into decline and came up back after 2010 as a modern print, especially for home decor.Basically, paisley pattern is a timeless trend which will gain high popularity sporadically

You will find paisley patterns used in quilting as an easy to do free motion quilting design – they are given odd names like Persian pickles. It is an easy quilting stitch which looks good as well.

Below is a beautiful bedsheet I have with the paisley interspersed with other floral designs. 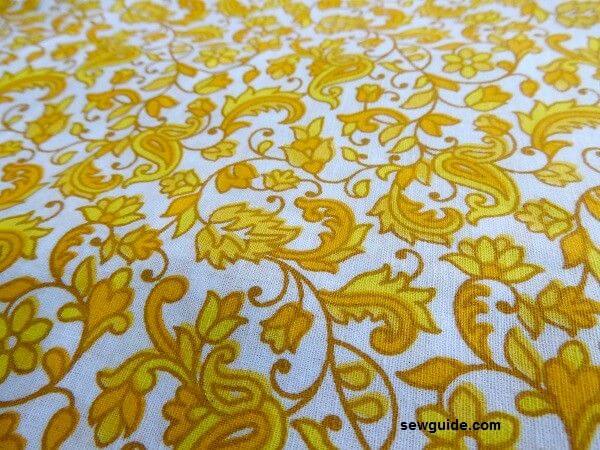 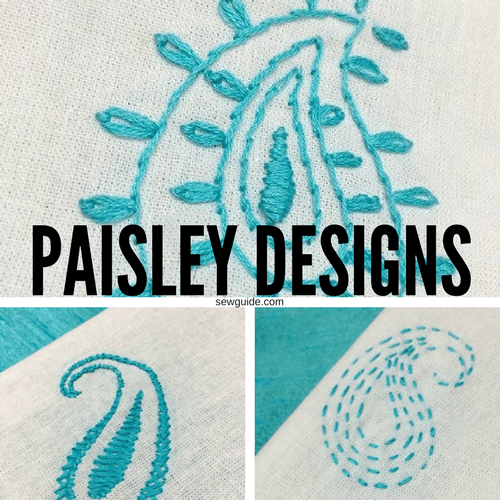 Read about the history of paisley patterns on shawls :victoriana.com