1.65 billion people, 9 recognized religions, 2000 ethnic groups, 122 languages, 12000 years of history  – India has had plenty of resources in its people and cultural diversity to have made a lasting impact on the cultural milieu of the world. Textile printing is one area where India has made an identity of its own. There are several commonly repeated motifs that are used in textiles produced in India. Some of the motifs popularly used in contemporary textile printing in India have been in use for centuries. 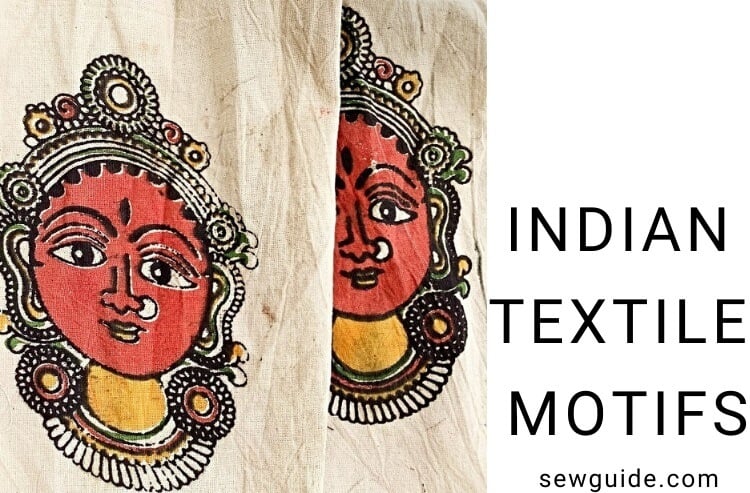 A motif is an element in any image. In textile art, a motif is also called a block – it is the smallest element in a pattern. The motif may be repeated multiple times or a single time in a fabric pattern.

You can find the names of different types of fabric patterns here. And the way the motifs are arranged to form the pattern – Fabric pattern repeats in fabric designs.

Here is a list of the most common traditional motifs used in textile printing in India.

Animal motifs are designs of animals like elephants, deer, etc. Bird motifs are designs of birds like a swan, peacock, parrot, munia, magpie, kingfisher, etc. Plant motifs and motifs of flowers are also popular. These include designs of flowers, leaves, vines, buds, fruits like mango, cherries, plums, grapes, etc. The motif of a stylized flower is an ever-popular one. Flower motifs can be any floral pattern like that of a lotus, a five or eight-petal flower, or a flowerpot. Sweets like Jalebi, Laddu and even commonplace every day items like phones are used as motifs in Indian textiles.

This is an artistically done creeper design ; It is usually used as a border design. 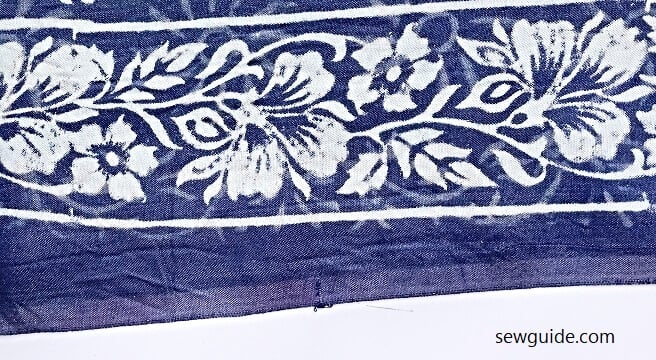 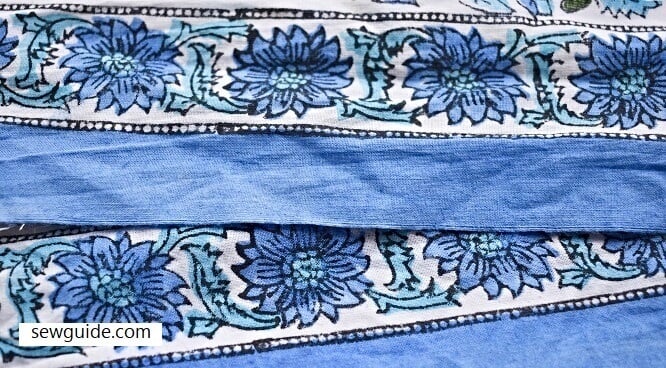 This motif is in the shape of dots. The single dot is called Ekdali, the pattern of three dots is called Trikunti and four dots pattern is called Chaubundi. 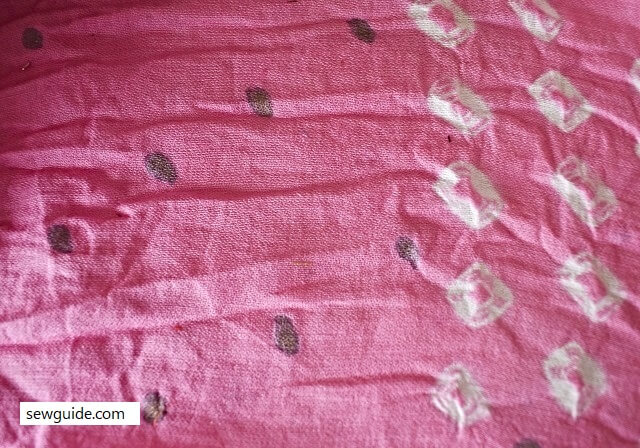 Boond: This motif is in the shape of a small circle with a dark center

It is a motif of small floral designs- this usually has stylized leaves and flowers. 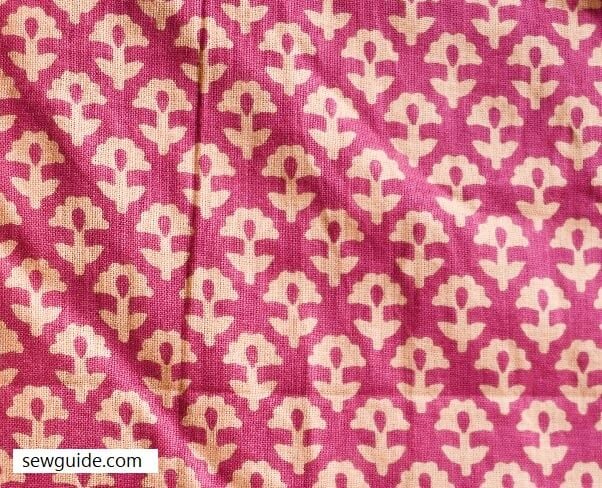 A motif in the circular shape of a wheel 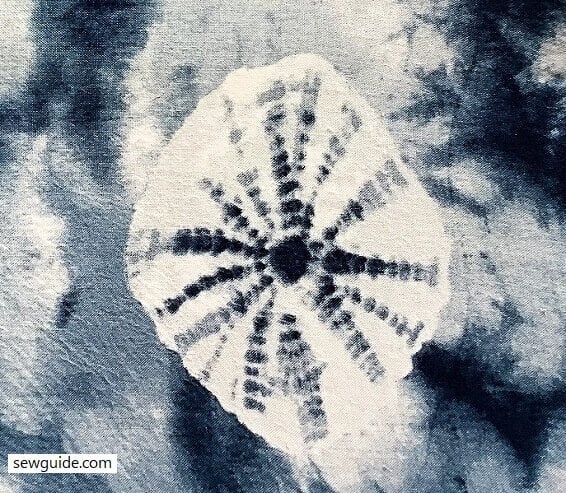 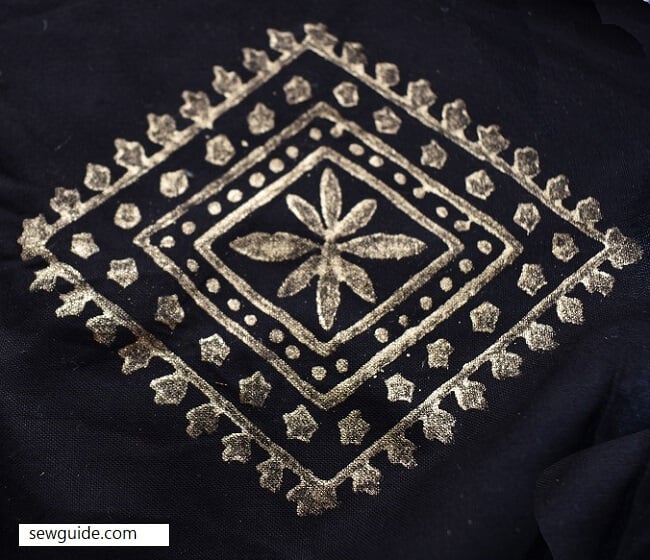 In India, temple rituals are an important part of life for Hindus. Motifs related to the temple are considered auspicious. Diya is a small cup-shaped oil lamp made of baked clay used on religious occasions. 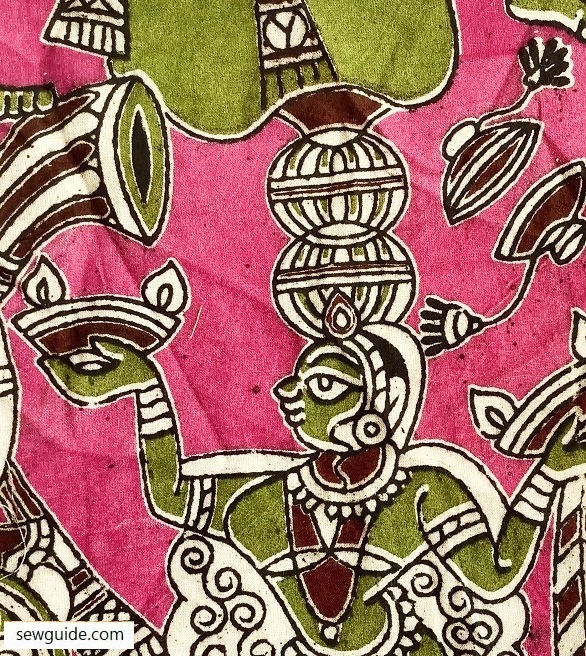 Things used in daily life are a favorite motif in Indian textiles. Today you will find textiles printed with motifs of mobile phones, cycles, and fans etc. Even toothbrush and pizzas are printed on some fabrics. 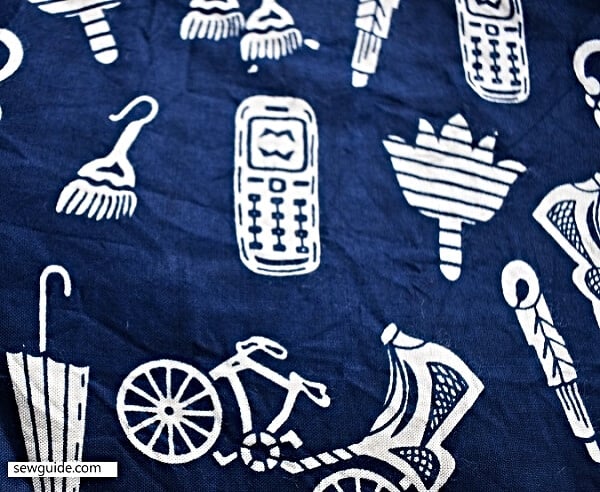 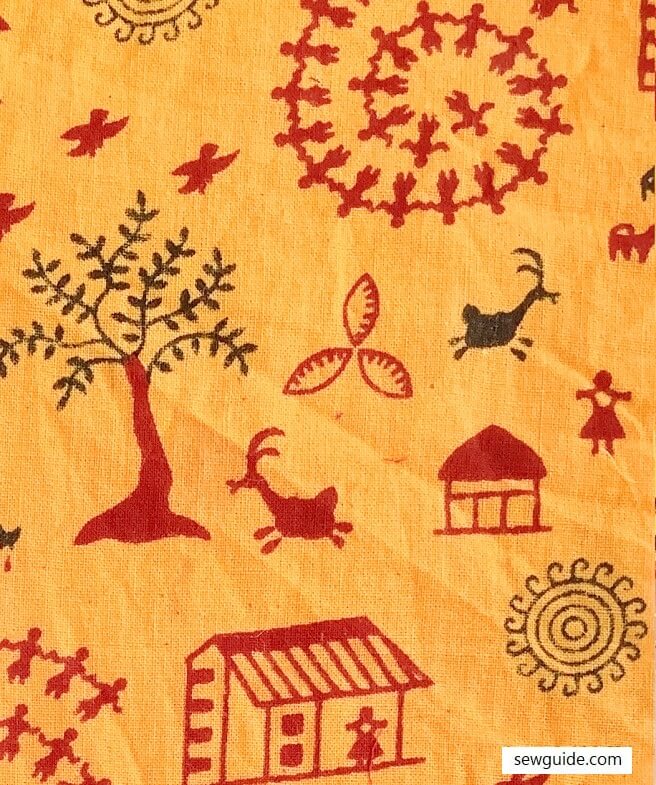 Traditionally, such everyday scenes were drawn in stylized forms and presented aesthetically to convey a story. Scenarios from farming,  festivities surrounding festivals like Navarathri, Diwali etc are represented in the textiles, by printing, applique and embroidery. 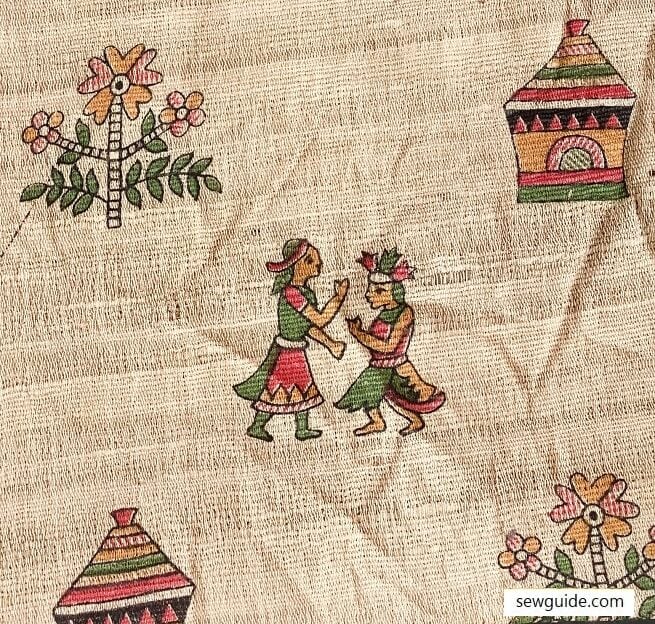 These abstract motifs in circular or diamond shapes became popular in India after the Mughal Invasion. 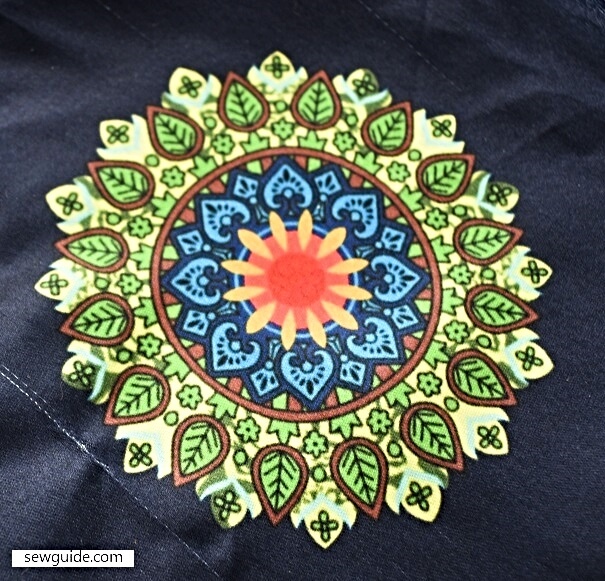 Creeping Vines and flowers are a recurring motif in Indian textiles. These motifs can be woven into the fabric. 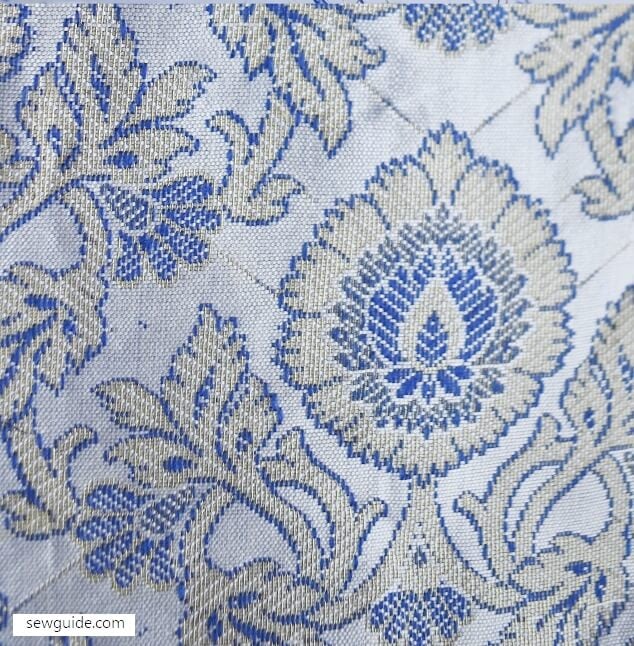 Or printed on the fabric surface. 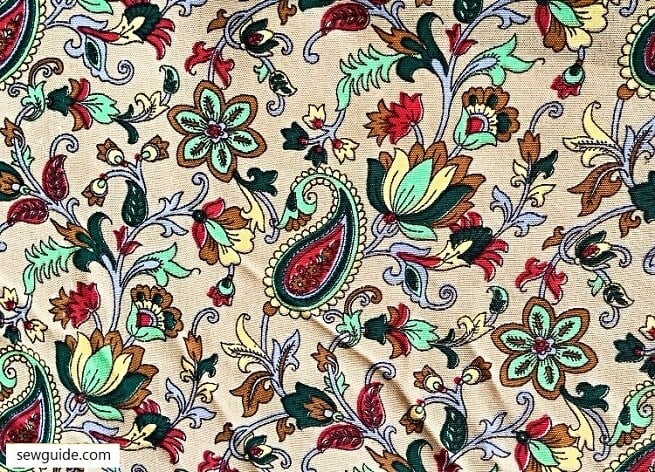 Temple motif – this is a triangular-shaped motif which depicts a temple. 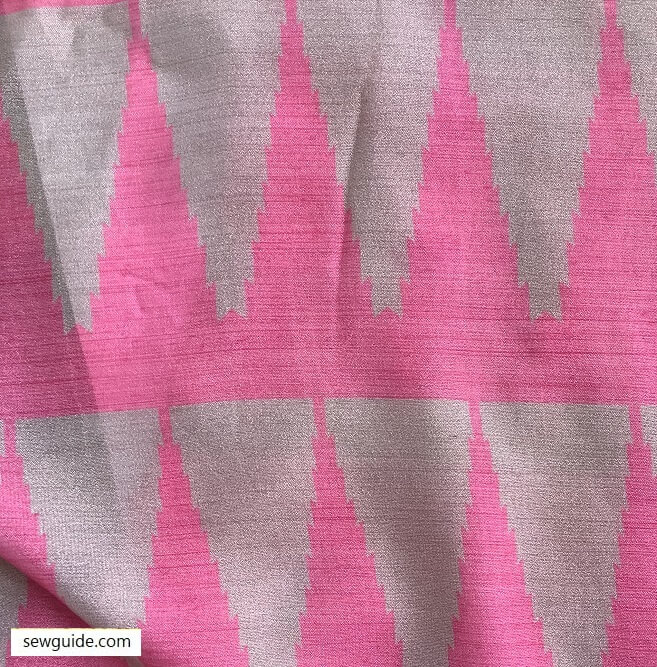 This refers to the graceful shape of a swan. The swan depicts purity and perfection.

Scenes from epics like the Ramayana and Mahabharata with Hindu deities are used as motifs in Indian textiles. 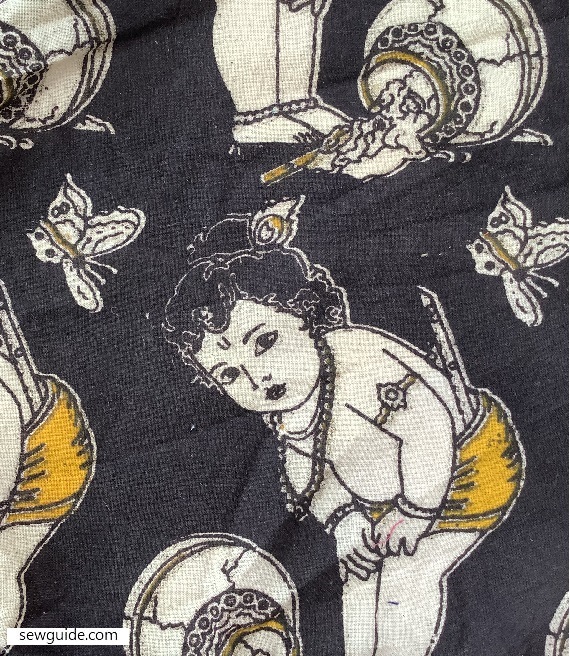 This is a motif of an upright leaf. Paan leaf (Betal leaves) is popular as a motif in India. In Hindu tradition, a betel leaf signifies love and marriage. It has many medicinal properties. The leaves of the peepal tree are also used as a motif. 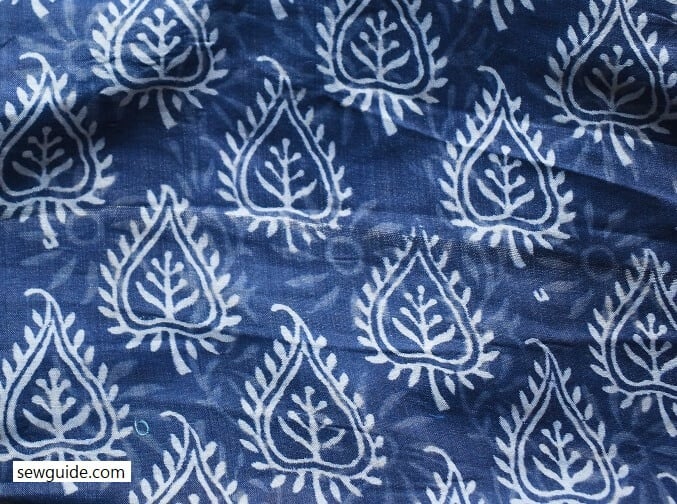 This is the shape of a window with intricate details. In Chikankari embroidery it is an openwork pattern, like the small open spaces in an ornate window. 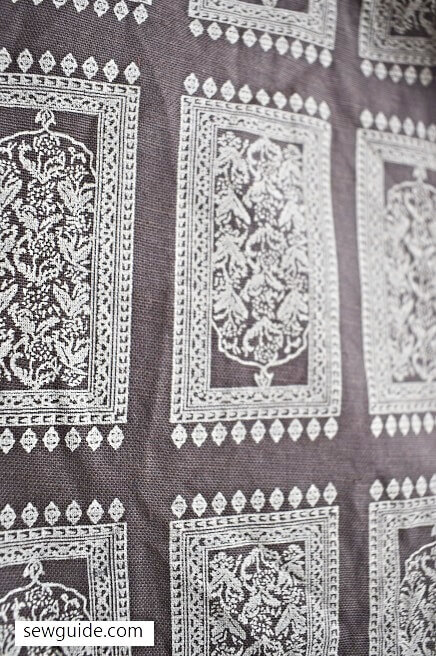 Cowri shell shaped motif; this motif is in the shape of a tear or drop.

Kunjar is a Gujarati name for the elephant motif. Indian elephant represents wisdom, royalty, and power.

Lotus flower is said to be a blessed flower and is associated with wealth and prosperity and hence a recurring motif in Indian textile printing and embroidery. It is supposed to be the resting place of Brahma, the creator of the world. Lotus is considered a very auspicious flower by Hindus and is used for prayers. (also called Kamalam) 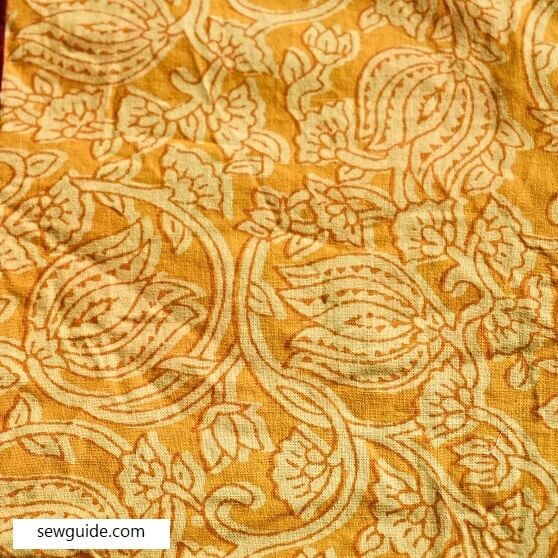 An auspicious motif in the shape of a fish representing the first reincarnation of Lord Vishnu.

Peacock is a recurring motif in Indian textile printing patterns. Peacock is the national bird of India and the embodiment of gracefulness. It also symbolizes royalty, honor and beauty. You will find peacock motifs so very often in Indian patterns – for embroidery and textile printing. (Also called Mayil). You can see some more ways a peacock is represented on textiles in this post on peacock feather embroidery. 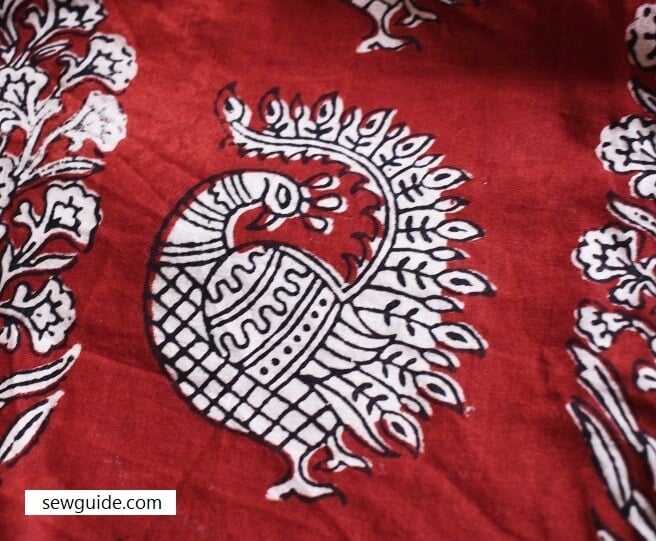 This is the motif of a small bird (Chestnut mannikin). 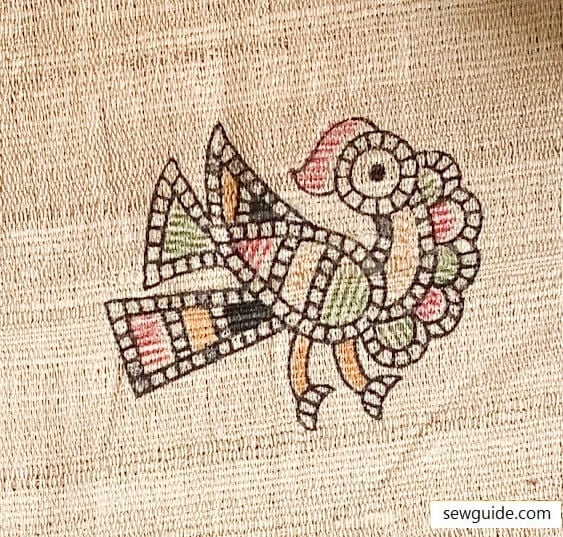 This motif has the shape of an elongated teardrop with a curved upper end. It is considered very auspicious and hence this design is seen in lots of Indian textile patterns. Read more on paisley pattern here. 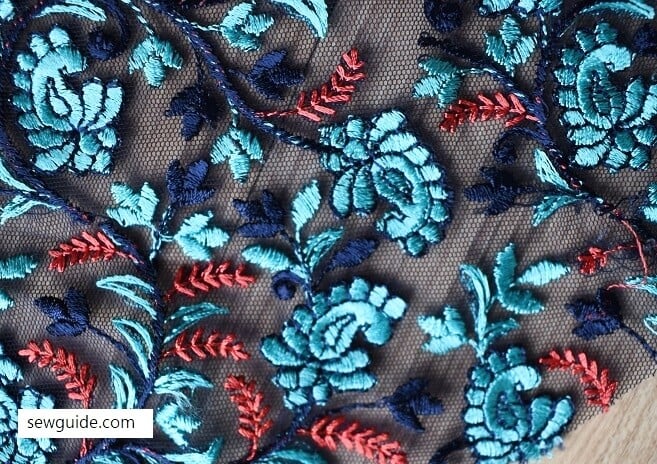 Kalka is another name for the paisley motif with flowers designs. Keri and Ambi are other names 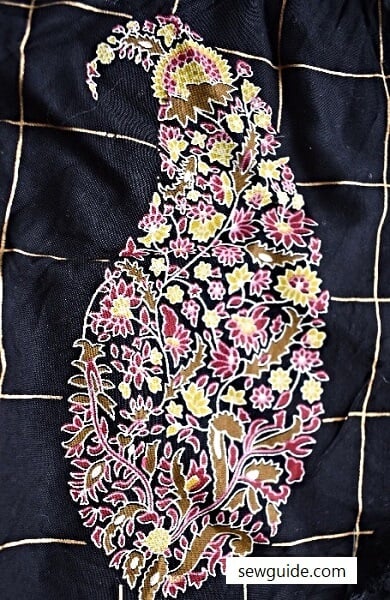 Sometimes this motif may have a stand. 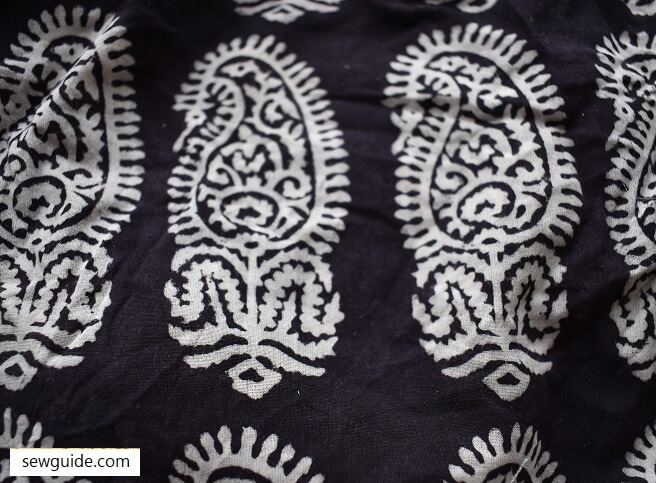 This depicts motifs related to Lord Krishna with his friends. 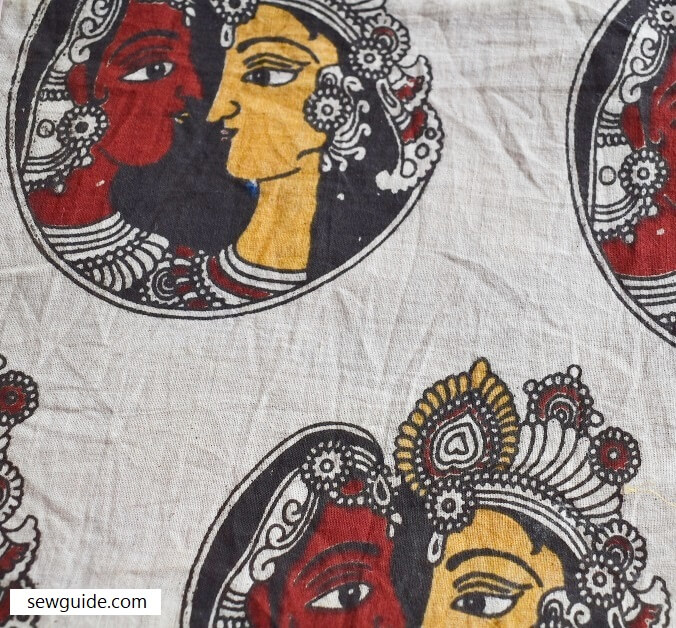 This motif is that of Rudraksha bead or seed.

A motif in the shape of a conch (Large sea shell). It is supposed to be a lucky mascot as the Conch is blown as a trumpet for many auspicious occasions in Hindu religion. 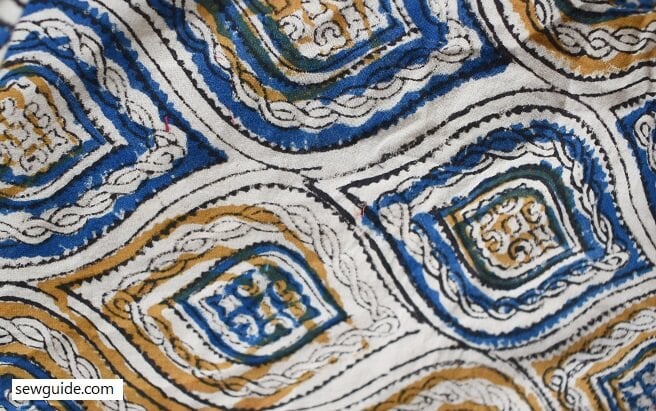 It is a design depicting a hunting scene

It is an auspicious religious symbol for good beginning and well being; It represents the sun. It is also called Swastik. Though it has now got a bad rep as a Nazi symbol, originally it is an auspicious Indian motif. 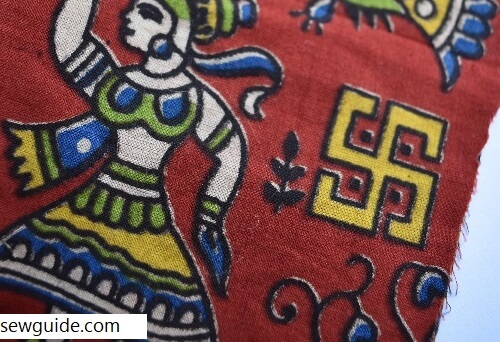 Parrots / They are depicted as a symbol of passion and fertility. Parrots are usually used as motifs on bridal trousseau to symbolize these. 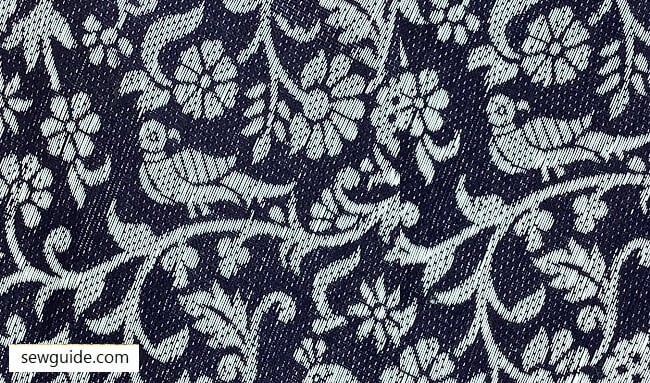 This easily recognizable motif is that of a tree with many branches; it will be laden with lots of fruits and will have birds on its branches. It represents ‘Kalpavriksha’ in Hindu mythology which means a wish fulfilling tree. The tree symbolizes immortality. 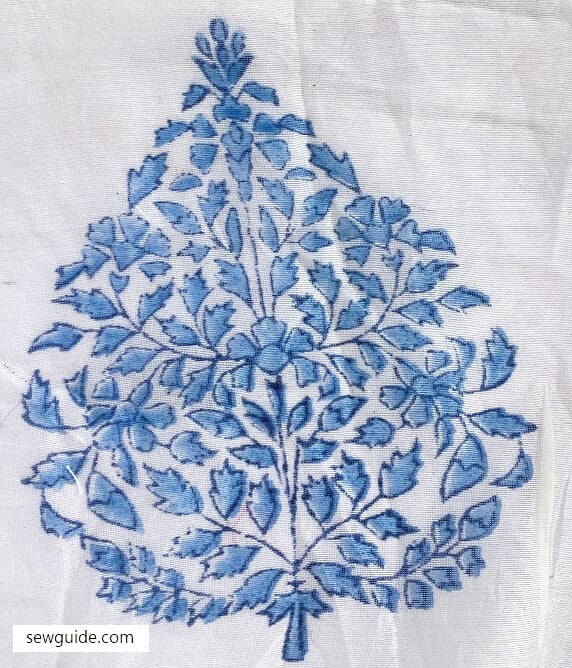 These are the basic most common motifs. If you go in detail you will find thousands of motifs like this in India – you can find a lot of them in this website  – 5000 Indian designs and motifs by Ajit Mookerjee.