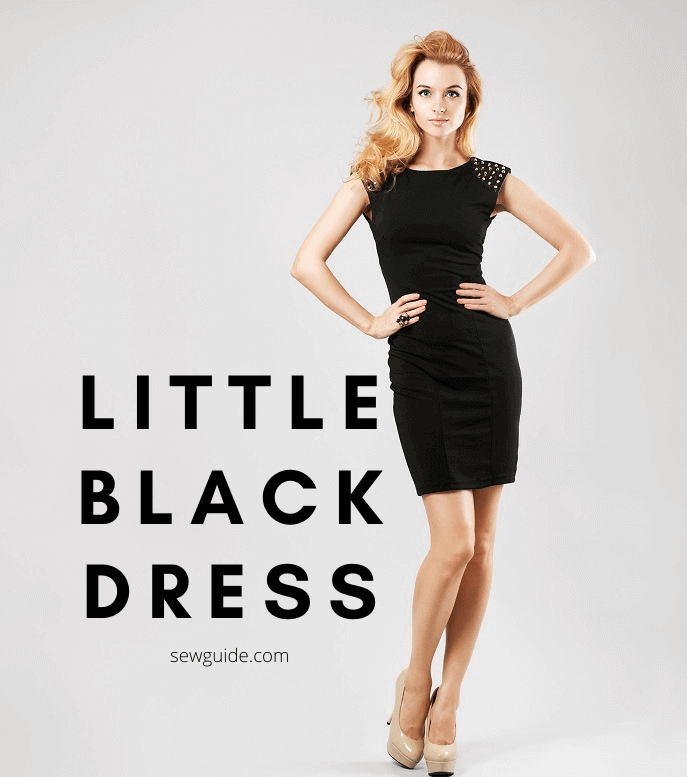 The ‘little black dress’ is a simple, short, fully-black dress, without much to write about but the buzz and fuss it has in the fashion world are unbelievable. It is considered as a magic bullet, a solution to the most persistent question in fashion “What do I wear?”.

This dress, black in color, short in length, and simple in its cut is usually described by these adjectives – Timeless, Classic, Elegant. There must be a reason.

The versatile affordable dress can be transformed to suit any occasion with the right accessories and attitude. You can wear it to work, to a party, for a PTA meeting, for a weekend family dinner, to a funeral, and even for shopping – it wouldn’t be out of place on any of these occasions. From a stark professional office wear, the LBD can instantly transform into party wear with large glittery earrings, an appropriate bag, and heels. Which other dress can do that, without everyone commenting on it?

The black color of the dress is like a blank canvas – what you wear on top can decide the mood. You can use the dress multiple times in the same week by changing the jacket, jewelry, footwear, etc without anyone being the wiser. You can transform an LBD with your personal style.

An LBD is considered flattering because black is a color that suits a lot of people. The dark color is considered slimming. It can hide a lot of figure flaws.

Today it is available in a lot of fabrics, a lot of fashion silhouettes, and different skirt lengths ranging from mini to calf length. Everyone knows that a little black dress is a wardrobe must-have. But when it first came out, it was a shocker.

Iconic Parisian fashion designer Coco Chanel is attributed to be the first one to come up with the concept of a little black dress that can turn anybody into a fashionista. In 1926 Gabrielle Coco Chanel designed and published the picture of a simple calf-length dress with a straight or bateau neckline in the American Vogue magazine.

This was a drastic change from the existing fashion based on tight corsets and elaborate hats. Till then black was a color often associated with mourning. Chanel transformed this concept of black to any-time and any-occasion wear. This simple dress was accessible to women of all social classes. Vogue declared that LBD would become “ a sort of uniform of all women of taste”. Jean Patou, the French designer, and Edward Molyneux, the British designer also made the LBD style popular during the 1920s and the 1930s.

Who can forget actress Audrey Hepburn with her Little Black dress and a pearl choker in the movie “ Breakfast at Tiffany’s”. Hepburn’s dress was designed by the famous French designer Hubert de Givenchy in the 1960s. When she wore it, the LBD was already famous, but she took its elegance to another level.

From the time of its origin, LBD has come in different styles over the decades adorned by beautiful celebrities. Be it Elizabeth Taylor’s tight bustier and full skirt LBD or Sophia Loren’s pleated LBD with nautical designs or Marilyn Monroe’s figure-hugging sheath dress or Jacqueline Kennedy’s ruffled sleeve black dress in chiffon or Princess Diana’s form-fitting off the shoulder silk black dress or Sarah Jessica Parker’s slip black dress or Naomi Campbell’s below the knee-length black silk corset dress or Angelina Jolie’s black lace dress or Duchess of Cambridge’s long-sleeved black dress with crystal embellishment on the shoulder, LBDs come in almost any silhouette.

You can find an LBD at any price point, in any kind of fabric but If you are going to buy one single LBD, you have to consider a lot of things.

If you want the best it is better in luxurious silk. But there are many other luxurious options like black velvet for a cocktail affair, a knit lycra mix for a figure-hugging style.

Most of the LBDs have a fitted shape but that is not to say that it is fixed like that. You can consider your body shape and choose your LBD accordingly

You should also consider your skin tone and age. Black may not be the best color if you are over 45 ; It may bring out the harsh lines on your face.

You need to buy one that you know you will wear for a long time; An LBD is considered an investment – in dressing with sophistication and elegance.