1990s Fashion : The 10 major styles that mattered in the decade

Many things happened in the 1990s. End of Cold war, the bombing of World Trade Center, emergence and success of the internet and wide use of mobile phones – all this changed everything the world had known before. The oil bust of the mid-1980s in the US contributed to a state of restrain in consumerism as well as fashion sentiments. As the US was and is a major stakeholder in fashion, this affected the whole world too.

People bent on less expensive purchases than they made in the previous decade because of an impending recession, ongoing recession and fear of recession throughout the decade. If the 1980s was a period of exaggeration and boldness, what followed eventually in the 1990s was a period of understated style, finesse, quality.

“Snob appeal” was no longer important. None thought of fashion as an important thing worthy of too much contemplation. They had more pressing things to worry about and other things to buy, namely electronics. Women refrained from over-shopping for new clothes. They decided to recycle their old clothes as well as go back in time and borrow from the old styles or go for bargain hunting, rather than look for the newest designer brands.

There was a great range of styles in clothing throughout the decade. Here are the important ones. 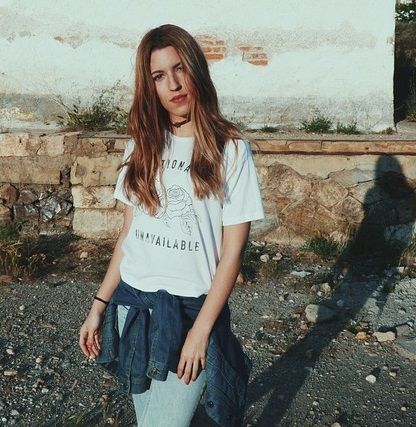 This is quintessentially a cool and casual look that took hold of fashion sentiments in the early 1990s. If you were a grunge follower, you cared for nobody’s opinion and were always dressed in clothes that proclaimed this loud and clear.

Loose flannel shirts worn over logo t-shirts or shabby looking sleeveless cropped t-shirts with music band logos or cool slogans, baggy jeans with holes, sneakers or ankle-length combat boots were part of this style. Teens and even adults proudly went around in long unkempt and uncombed hair and colorless drab clothes that could fit a twice heavier person.

Layers of flannel shirts and old t-shirts, ripped jeans, canvas shoes and long uncombed hair – sort of a uniform for the Grunge look to be perfect. 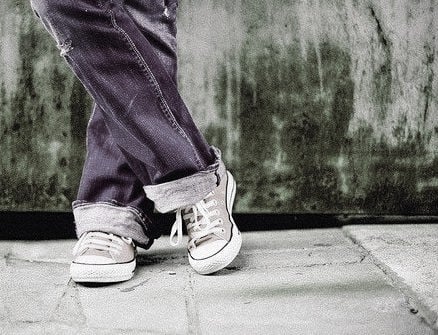 Embed from Getty Images
During the early part of 1990s, loose fitted clothes ruled – t shirts were worn in extra size, pants were baggy, shorts were longer than they needed to be. Hip hop style was all about loose silhouettes and that was huge in this period.

Embed from Getty Images
Tapered pants that were loose-fitting around the hips was a staple style of the 1990s. This was worn with canvas shoes.

Flared Jeans were another big fashion trend. Every other girl and boy had a loose overall in their wardrobe – in denim or in different colors. The overalls were cool and comfortable. 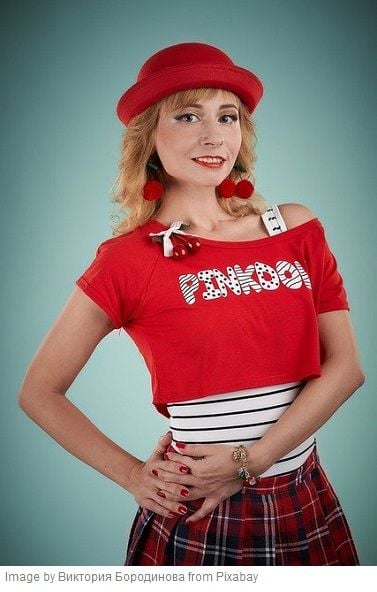 By the mid-1990s, the sway of the Grunge lessened. The Movie ‘Clueless’ starring Alicia Silverstone was a huge hit and the clothes worn in the movie were emulated by many teen girls of the period – the actress had a wardrobe every high school teenager of the ’90s wanted. She had a casual cheerful and colorful style and wore cute dresses in the movie which became very popular.

‘Friends’ the iconic sitcom and its stars like actress Jennifer Anniston started many popularly accepted fashion trends. She was always dressed in very cheerful clothes.

You can read more about the influence of the iconic show Friends on the fashion of the era here on Vogue website; And more on the movies that influenced fashion trends during 1990s here.

Another movie that influenced teen fashion was ‘Jawbreakers’ which was released in the late 1990s. In the movie, the cast sports colorful mini skirts, short crop tops, tight-fitting bustiers, and pants, floral slip dresses in bright colors particularly hot fuchsia and fluorescent colors, and high heels, and these became very trendy among young people.

Animal prints and other bright bold prints can be seen, on skirts, blazers, shirts. Chequered prints were also popular.

In contrast to this cuteness was the dark and mysterious Gothic fashion style.

Embed from Getty Images
If you remember (ofcourse you do) the long black Trench coat of Keanu Reeves in the dystopian themed movie ‘Matrix’ and how brooding and dangerous that made him look or the style of clothing of Tom Cruise, Brad Pitt and others in the movie ‘Interview with the Vampire: The Vampire Chronicles’, you will know what Goth is about. If you do not, you can read this post on Gothic fashion for more details.

In short, in this style, Black and dark colors were predominant in hairstyle, clothing, and makeup and a darkly mysterious and antiquated styling. 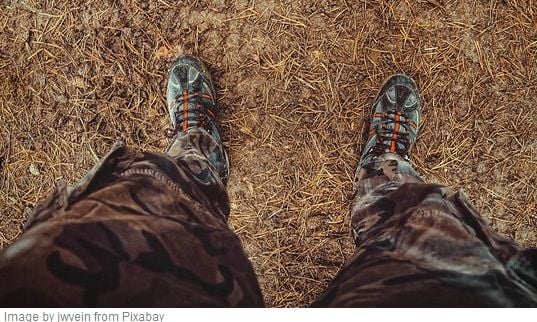 The cargo pant was a major trend in this period. Camouflage pants were also very popular.

Urban wear was comfortable and stylish. Sweater polos or turtleneck sweaters and nice oxford button down shirts, fitting jeans were part of this uniform. Girls wore plaid skirts, knee-high boots. You can club it with the business casual wardrobe including chinos or khaki pants or dress slacks, long sleeve button-up shirts, sweaters, and dress shoes. 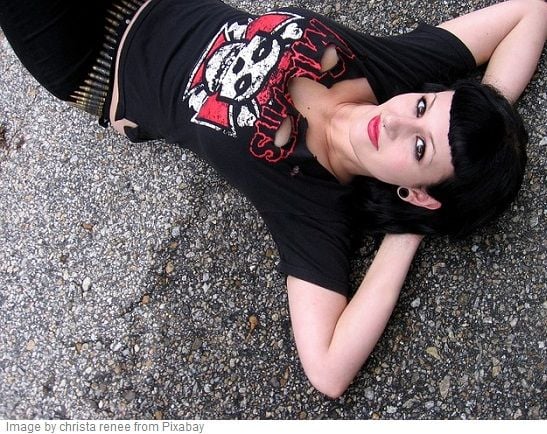 By the mid 1990s Punk fashion was revived and big again (But not as much as in the 1970s when it started) under the influence of music bands like Green Day, Sum 41, The offspring.

Leather jackets, black color t shirts, black boots were staples of Punks. They wore dark makeup, pierced their tongue, belly button, eyebrow and many other parts of the body and tattooed all over their body and wore biker jackets over everything, along with a rebellious attitude.

People were making healthy lifestyle changes by including exercise into their daily routine. Lycra mixed active wear leggings and other clothing became very popular. Nike was the most popular brand for sports shoes.

By the late 1990s, people had enough of casual fashion; Recession was almost over. They started wanting to be glamorous and dressy. Designer brands were cool again. Glitter was on everything – blush, eye shadow, lipstick, even moisturizers. You could see young people in bright colors like orange, yellow and red everywhere.  Instead of the loose baggy pants, tight fitting Capri pants became fashionable.

Embed from Getty Images
Celebrities like actors and musicians have managed to sway people’s attitudes, thoughts and styles for a long long time. In 1990s this was no different. And this was a great period for music and movies. There was a lot of creativity, a lot of originality and a lot of hits.

You will see that the age produced some of the most timeless original music. Most of the songs of Eric Clapton, Mariah Carey, Nirvana, Whitney Houston, Boyz II Men, Shania Twain, songs like My heart will go on by Celine Dion, Candle in the wind by Elton John, Living La Vida Loca by Ricky Martin were always on autoplay on Walkmans all around the world. Late singer Aaliyah was also very influential in the 1990s. Boy Bands like Backstreet Boys, Girl bands like Spice girls also emerged and were hugely popular. Country singers like Garth Brooks, Kenny Chesney, Faith Hill and Rap artists like Puff Daddy, Tupac Shakur, and Snoop Dogg also had great success during this period.

There can be no doubt that when you listen to music 24/7 and hero worship the singer, you want to follow them in everything you do. The same happened with movies, and film actors and actresses. People copied their fashion and sometimes regrettably their bad habits too.

Greasy long unkempt hairstyles, ripped jeans and un-tucked, open flannel shirts of Grunge music icons were readily lapped up. The baggy pants and very loose t-shirts and athletic shoes and backflipped baseball hats and even metal chains of rappers were copied by all the fans and followers of Rap music. Hip hop music became very popular by the late 1990s and the clothing worn by the stars like wide-leg jeans, tracksuits, bomber jackets, gold chains, and backward kept hats were adopted enthusiastically by the followers.

Everyone has a time in life that they want to go back to. For many creative people in fashion, it is the 1990s that they want to be in (as far as creative freedom is concerned). That period is being regarded as a time when lots of original ideas emerged which seems to make sense even today; Which is why, currently the trends of that period are being revived and you see them everywhere, as if time has stood still. Fashion seems to have taken a leap backwards.

Explore some of the 1990s outfits in this Pinterest board.