A colorful and energetic fashion style that is unabashedly brazen and unapologetically back-to-the-roots expressed by beautiful and defiant black people, who also love R&B and hip hop music – that is Afro-punk fashion. 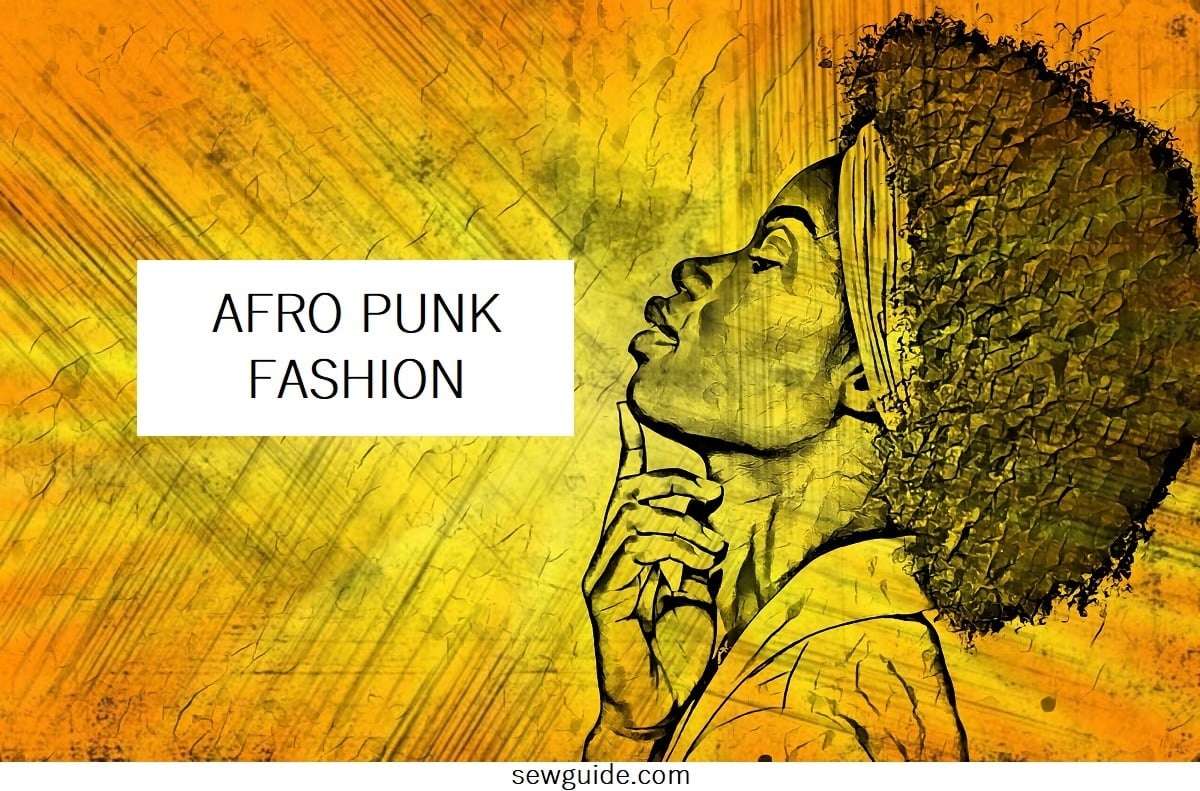 Punk fashion style needs no introduction, but Afro-punk may. This is because of many reasons, some of which may be political, some racial, and some cultural. But when you delve into it, the Afro-punk movement is a hotbed of creativity and artistic expression of a group of people who deserved and still deserve a lot more than what they have.

Afro-Punk refers to the participation of African Americans and other black people from all parts of the world in punk and other alternate subcultures, according to Wikipedia.

Afro-Punk culture encompasses a diverse means of expressing the creativity and culture of Africans through visual art, dance, literature, film, and fashion. Black artists, activists, and musicians from around the world contribute to the culture. They combine the punk culture and the culture of tribesmen and women from Africa, who they consider the original punks.

Embed from Getty Images
Africans, through their sheer grit and talent, have carved a niche for themselves in the largely white-dominated punk culture;  they have their own black-centered festivals, music concerts and, stylistic expressions in art and fashion.

James Spooner’s 2003 documentary “Afro-Punk” is a 66-minute discourse on the lives of punk rock musicians and the culture around them – their racial identity, their dilemmas of living in a largely white-dominated society. It is considered “the movie that sparked the movement”. He also co-created the Afropunk Festival.

“The Afropunk Festival is an annual arts festival that includes live music, film, fashion, and art produced by black artists. The festival made its debut at the Brooklyn Academy of Music in 2005 and has since expanded to other parts of the world”. Wikipedia

Afro-punk as a culture is almost as old as the punk movement. Afropunk originated in the late 1970s, shortly after the punk subculture movement started being popular. Punk is a continuation of the political and stylistic shifts in music and fashion that occurred in the 1960s. Punk style is a statement of defiance and has a cult following all around the world. Afro-Punk culture rides on the basic tenet of the punk movement – nonconformity.

But Afro-punk is different from the original punk in that it channels the movement through black culture. Their style and art express their rebellion against the mainstream culture and the status quo of the blacks in the dominant white society. It displays rebellion, and individualism. Their accessories, clothing, and tattoos express sociopolitical messages that support their cause.

Afro Punks use theatrical and bold colors and symbols in their clothing, hairstyles, cosmetics, jewelry, and body modification to bring out their ideas and culture to the world. Black cultural influence combines together with punk elements to form a very distinctive style.

Afro-Punk clothing adapts all the punk fashion elements like the staple ripped black denim and also incorporates elements of their vibrant and colorful culture into it. Afro Punks wear brighter, colorful clothing, often with tribal prints on them. Clothes are worn ripped. Tight “drainpipe” jeans, brothel creeper shoes, T-shirts with risqué images, and possibly leather motorcycle jackets and Converse sneakers- all these punk elements are incorporated into their style.

Afro Punks have made an effort to stick to hairstyles typically associated with their race by wearing dreadlocks and keeping their afros.
The Afro hairstyles, including coily hair or kinky hair (hair with a tightly coiled curl pattern) or hair arranged in Bantu Knots or Zulu Knots, Cornrows or Boxer’ braids, are all used in afro punk hairstyles.

The beads used in African jewelry are made from seashells, animal bones, fossils, precious metals, and seeds and they represent the different values of traditional tribal groups.

Black Rock and roll Musicians like Chuck Berry, Jimi Hendrix and Little Richard have had immense influence on the movement. Music icons of today like Missy Elliott, Nicki Minaj, Cardi B, and Remi Ma also contributes to the style.

I enjoy looking at the images and reading most of the articles on this website : afropunk.com