This happens every now and then in the history of fashion. In the 1970s these terms are clubbed with one movement – the punk fashion style. 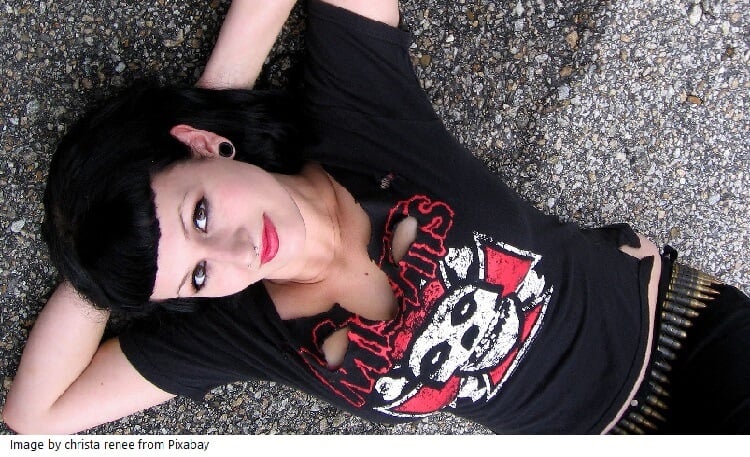 This style emerged first in the streets of London during the mid-1970s and was highly influenced by punk rock – an aggressive style of rock music that emphasized self-expression and self-assertion. The expression of individualism and non-conformity to rules formed the backbone of the punk movement; it was also a protest against the extravagances of the materialistic society of the period.

Punk fashion incorporated the rebelliousness, starkness, and anger of the punk rockers into its clothing, hairstyle, makeup, and jewelry.

The Punk movement has its early base in Rock and Roll Music which developed in the 1950s. During this time, music started to be a means of protesting against societal norms. Punk bands that emerged in the mid-1970s carried this to an excessive limit.

Britain was economically depressed at the time and the unemployed youth of the period wanted to vent against post-World War II capitalism. Bitterness and discontent among youth after the Vietnam War in the 1960s fostered punks in the US. The style of the punks went directly against the mainstream culture of these hotbeds of fashion- the US and UK.

The fashion till then meant well-kept clothes pointing to conformity or extravagant to the point of ostentatiousness (disco style). The punk movement exposed the fact that something was indeed wrong with society. Some of the punks even went as far as to believe in anarchy.

Punk fashion used deliberately torn shred-to-rags clothes and second-hand clothes from thrift stores which were then modified to express their nonconformity to rules. These styles may be nothing new to us today, but they shocked and offended the society of the 1970s.

But it was famous fashion designer Vivienne Westwood and her partner Malcolm McLaren who are considered flag bearers of this style in England. Mclaren managed a Punk band called The S*x Pistols. They displayed many punk fashion collections in their boutique named S*X on the King’s Road and defined punk fashion. This was in 1974. With each of their collection, they changed the title of their boutique to names like Too Fast to Live, Seditionaries, The World’s End, etc. In England, most of the punks were stationed on the King’s road where their shop was located

Designers like Jean Paul Gaultier has designed several collections inspired by the punk aesthetics and brought punk to catwalk fashion.

Deconstruction and Do-it-yourself clothing formed the core of punk fashion. Punk fashion collected old clothes from thrift shops and presented them with frayed edges and defaced prints. Second-hand clothing from charity shops or rummage sales was heavily used. The torn clothes were held together with safety pins or stitched together to form the characteristic punk clothing. 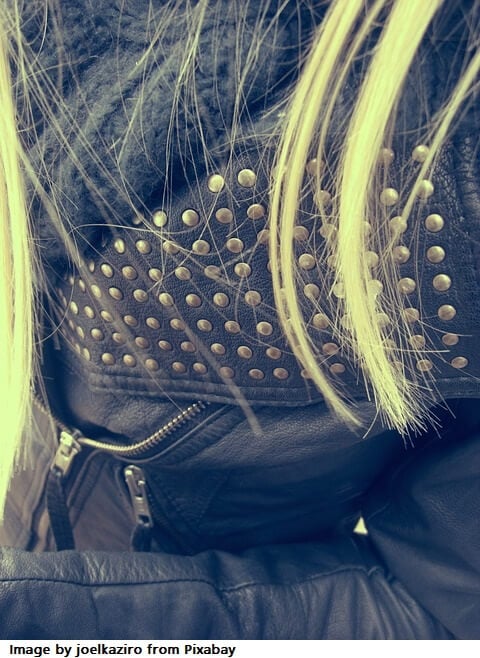 A black leather motorcycle jacket is an icon of punk fashion. Most of them were embellished with metal spikes or colorful patches or buttons.

T-shirts often had provocative and sometimes violent images and slogans; Shirts were either ripped and/or kept together with safety pins.

Work boots, specifically Dr. Martin’s work-wear boots were the official footwear of Punk fashion. Rubber, metal, and leather were used in accessories and for clothing.

Metal accessories and other embellishments 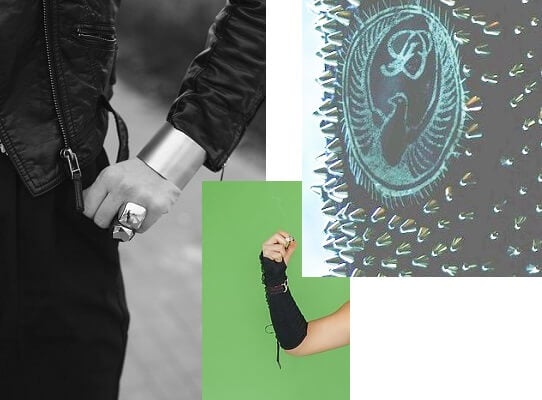 Metal chains and studs decorated anything and everything. Steel armlets and studded dog collars were the favorite jewelry of punks.

Multiple body piercings and tattoos were common.  Black was the favorite color of makeup for both boys and girls. Both girls and boys wore heavy eyeliner and ringed their eyes pitch black and this created a stark contrast against pale pasty makeup.

Mohawk hair cuts or crew cuts with a wide variety of rainbow hair colors (red, purple, and even yellow), were very popular. Shaved hair was another trend.

Punk music is no longer as popular today but Punk fashion has never truly gone out of fashion. Different subcultures have emerged that have overtaken punk but the punk style is still alive on fashion ramps and on streets. Disheveled clothing, colored hair streaks, dark makeup and clothes, spikes, chains, combat boots, patched jackets  – there are many ways that punk still has a hold on the fashion scene today. In 2021 there has been a re-emergence of interest in pop-punk style in fashion with music stars like Olivia Rodrigo adopting this style. You can read more about it in this article.

Read more about Punk fashion in these books

And listen to music of Punk Bands of the period : The Misfits; The Mad; The Necros; Black Flag; Doom; Amebix (crust punk); Antisect (hardcore/anarcho punk).

Inetersting reading : The emergence of the word punk here