Symmetry refers to uniformity, consistency, regularity. Asymmetry is naturally opposite to this. In fashion, an Asymmetrical hemline is a hemline that is not straight.Sometimes the hemline goes up and down (high and low)  and other times it appears as a diagonal slash across the body; sometimes very pronounced, sometimes subtly asymmetrical. 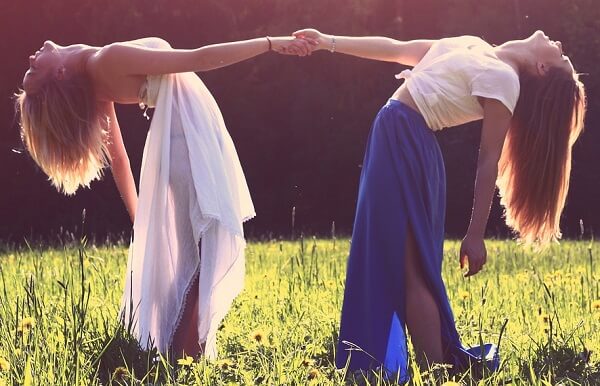 An asymmetrical hemline is not the usual traditional hemline. Earlier this was a hemline which was mostly confined to the gypsy skirts and at times showed upon the red carpet on gowns worn by the celebrities. Now you will find many designers design everyday wear like blouses, jackets, shirts, tunics and skirts  with this  hemline.It is all about making a statement – of non-conformity to the standards.

The appeal of the asymmetrical hemline, is that it is unconventional and modern and  even a little edgy; it also  lies in the fact that that this hemline is tantalizing; giving a glimpse of the leg in the case of a skirt or gown; in case of blouses and tops the shape of the hemline affords a chance to highlight a slim portion of the torso. 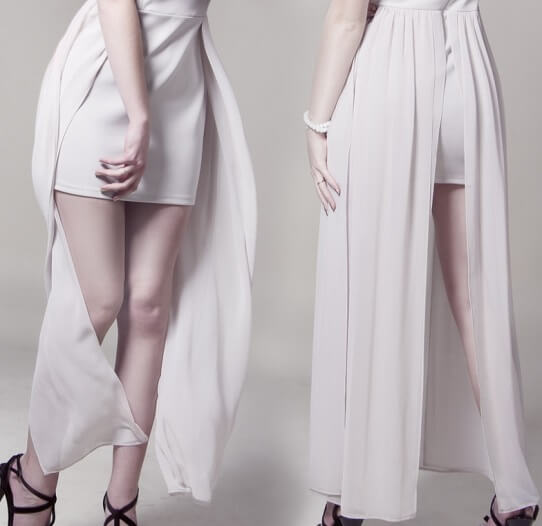 One reason I would prefer this hemline for my clothes is that, it is conveniently vague as to where it would cut my body into two parts. Being somewhat on the short side I would definitely prefer not to have my body cut into two abruptly, amost harshly. An asymmetrical hemline gives the illusion of not having done this and it is flattering.

Clothes with an asymmetrical hemline

This type of dress / skirt has the front a little or a lot shorter than the back. The best thing about a high low look in skirts and gowns is that it shows off your leg line and even  your shoes even while maintaining the illusion of long length of the dress/ skirt
High-low skirts are also known as  waterfall, or mullet skirts 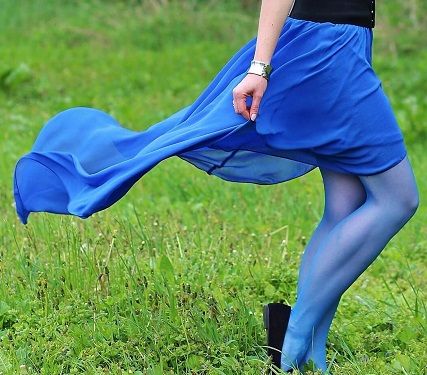 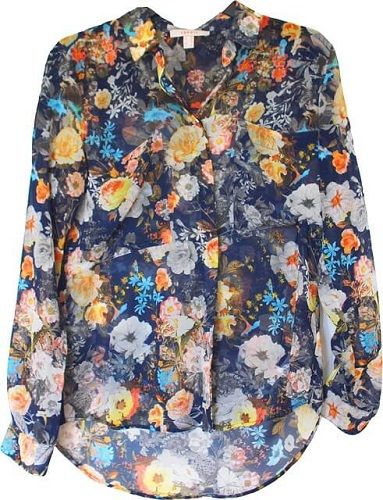 Drop tail t-shirts are currently a popular trend . This type of t-shirts have a shorter hemline in the front and a longer cut in the back with split side seams. I have heard it mentioned as dropped fishtail hem also.Sometimes the hem is rounded, other times straight cut. 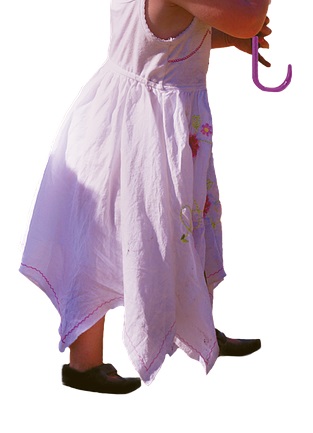 This is classic asymmetrical hemline. You will find this type of hemline in Gypsy skirts/pixie skirts. It looks as if you are holding a handkerchief by the center so that the sides of the handkerchief hangs in an asymmetrical edge.

Lagenlook style is a style that originated in Germany. It is a casual look with loose fitting clothes hanging in an asymmterical hemline

In this the hemline hangs down longer near the side seams usually on both edges . You can see this style in the tank top pattern here 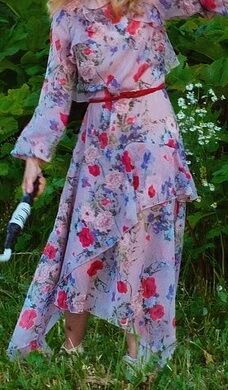 This is a popularly used asymmetrical hemline with one edge longer than the other; the hemline is diagonally placed across the body 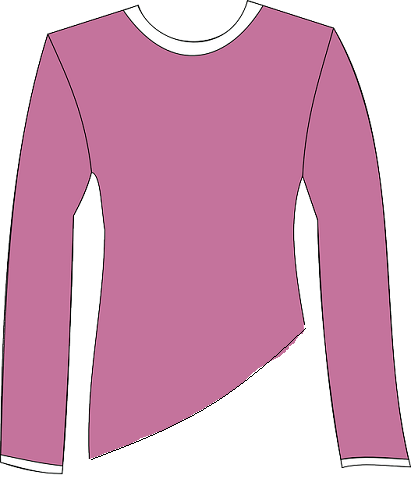 How to create an asymmetrical hemline – the handkerchief hemline

Basically a hanky hem is made by not contouring the hemline. Keep two rectangular pieces of fabric and cut out the waist. The side seams are stitched and the bottom hem finished. The fabric pieces hang to create an asymmetrical hanky hem for you 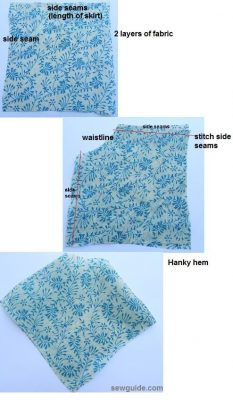 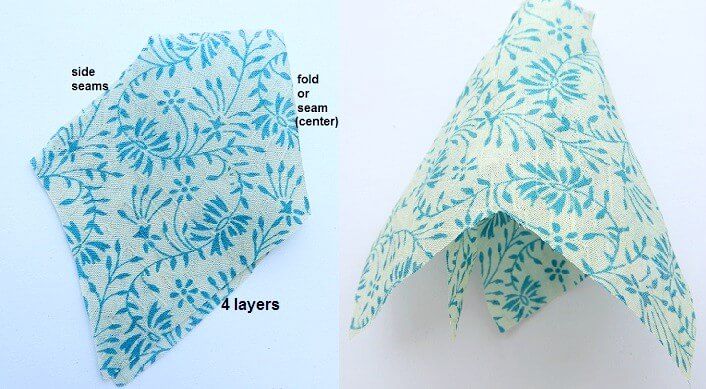