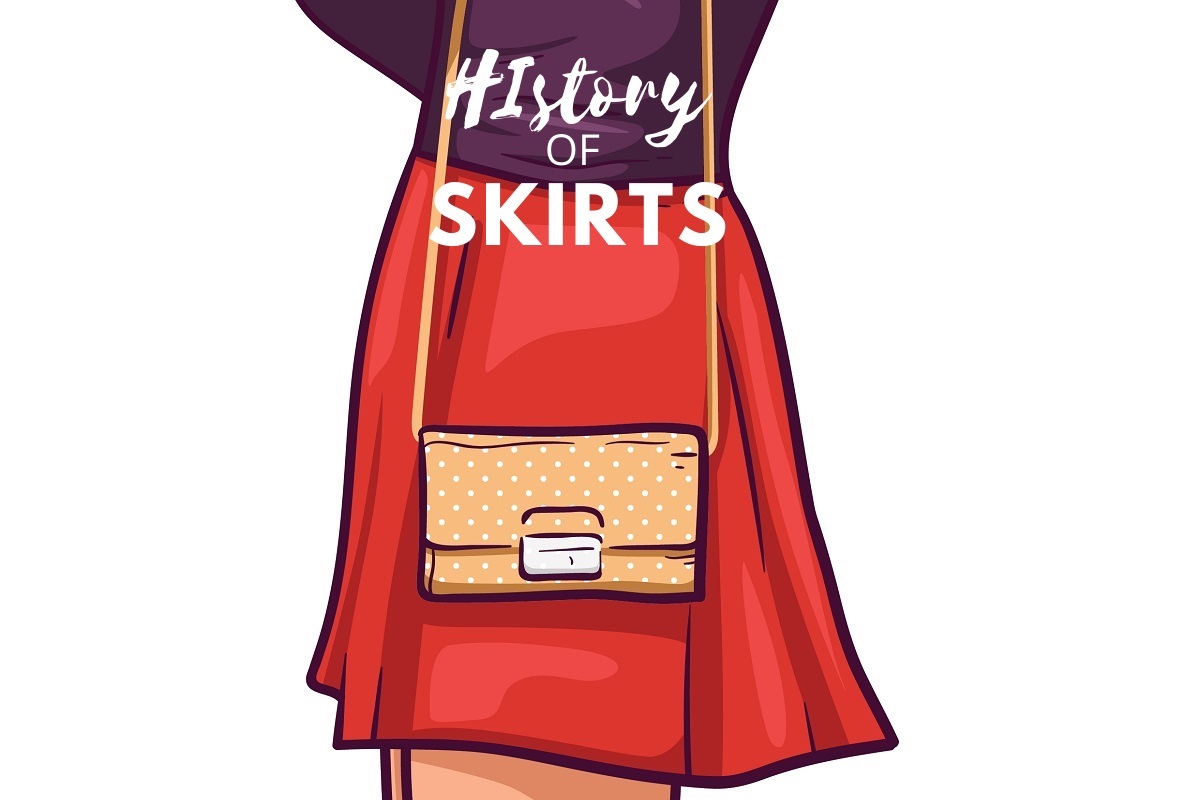 The presence of skirt can be traced back to pre-historic times when ancient men used animal pelts or fleece to cover the lower part of the body. A skirt can be explained as an outer garment that covers a person from waist downwards.

The ancient Egyptian men wore skirt like garment made out of linen. They wore a rectangular piece of fabric wrapped around the lower part of the body and tucked in at the front. 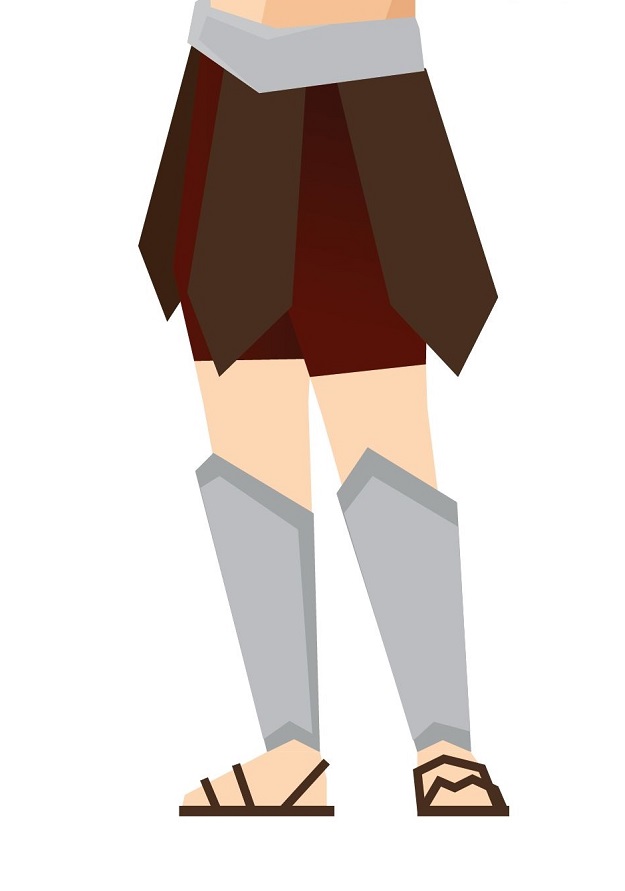 The Sumerians in Mesopotamia wore Kaunakes, a type of skirt tied at the waist with a belt.

The men in the Indus Valley civilization wore a cloth around the waist resembling a dhoti or wrap-around skirt.

In the Middle Ages, men and women alike preferred dress-like garments. For men, it gave freedom of movement while working or building or farming or fighting. But during the Middle Ages,  advances made in the area of weaving and tailoring introduced hosiers, tights, and trousers for men. They started wearing tunics and hosiery. One of the reasons that encouraged this style of dressing among men must have been the need for horse riding and clothing offering better protection against the cold while working outdoors. Anyway, skirts ceased to be worn by men except for the Scots, who wore kilts.

All this time, women preferred dresses or gowns. Hoops and farthingales kept the skirt part of gowns voluminous.

It’s in the late 19th century when separates started to appear that women started wearing skirts. Women wore their skirts long as a mark of their modesty and prestige because the fabric was expensive. A full, heavily embellished skirt made from exclusive, expensive fabric denoted the wealth of the wearer. Hoop petticoats were worn under the skirts to make them voluminous.  Panniers or side hoops were also popular. The elaborate skirts were a symbol of women’s role in society – they were incapable of much work.

During the latter part of the Victorian era, women started to lead a more active life style with riding, cycling and walking. Separate jackets and skirts made garments less restrictive and allowed more freedom of movement. The skirts became more streamlined to the body. 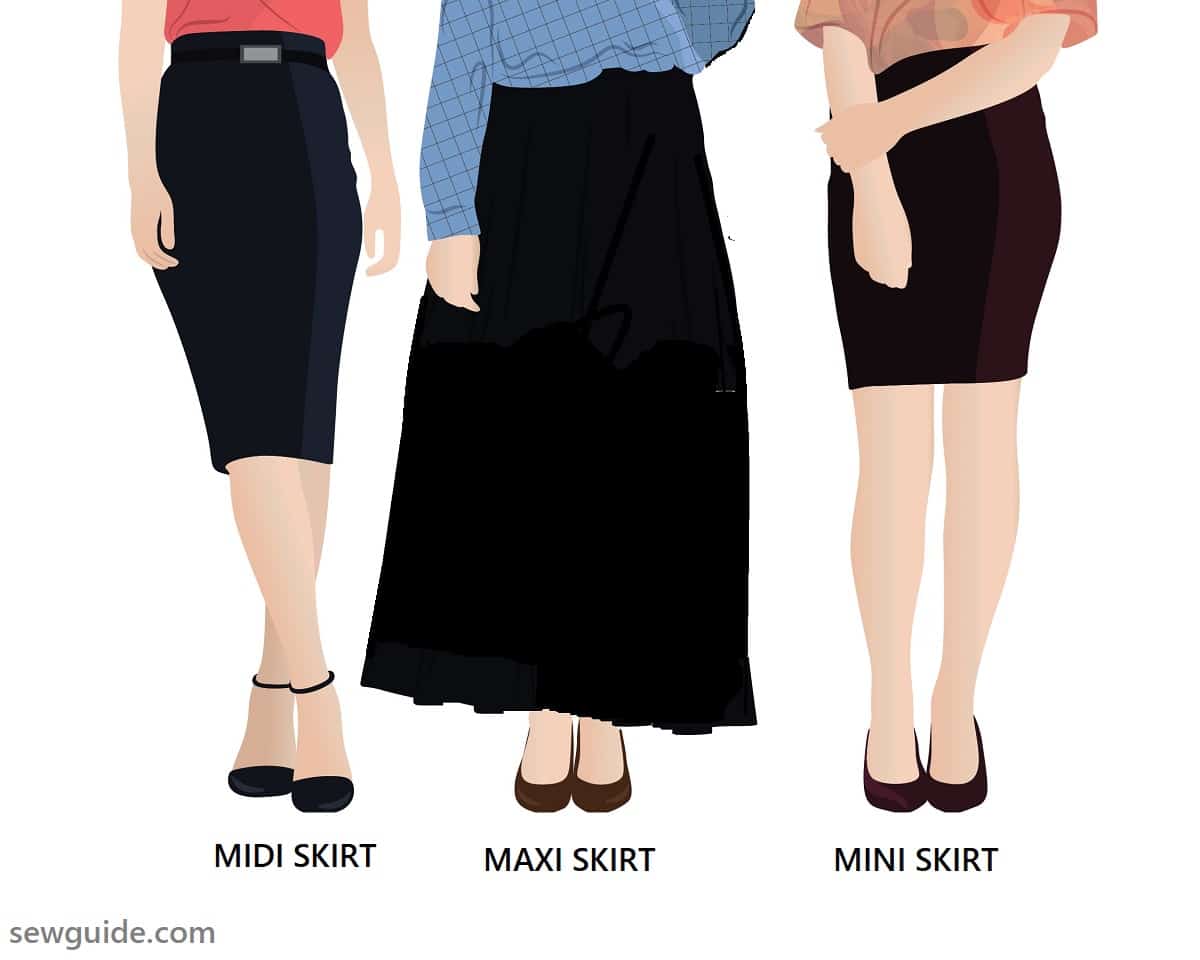 During the 20th century, though skirts grew much in a variety of styles and lengths, pants became a favorite in lieu of skirts – they were warmer, and more convenient.  The 20th century brought the hardships of war, and women were forced to wear shorter and more work-friendly clothing. The hemlines began to rise just below the knee, allowing flashes of legs to be seen. But after the Great Depression, hemlines again dropped to mid-calf or ankle.

During this period, Hemlines of skirts came into fashion as well as economic focus. Newspapers were reporting on the change in hemline length. The 1910s saw the hoppler skirts becoming popular. It looked as if it was made to impede movement. The popularity of the hoppler skirts fell with the entry of World War when restricted movement did not suit the wartime atmosphere. Throughout the 1920s, short skirts were popular. During this decade, the hemline rose several inches. The economic independence of women led to more freedom for women to wear what they wanted- short skirts.

In the 1930s, long length came back. With the advent of world war II, fashion was restricted. In the US, skirt lengths were regulated to be 17 inches above the floor for prudence and economy.

After the war, in the latter part of the 1940s, skirts changed into long flowy full silhouettes.  With the New Look collection of 1947, Christian Dior’s voluminous skirts with A-line and knee-length pencil skirts in H- line were popular.

The 1960s witnessed a completely new look in skirts when Mary Quant raised the hemline up and introduced the mini skirt. From then onwards, mini skirts became part of women’s wardrobe. The hippie culture of the 1960s also introduced Long flowing multi-tiered peasant skirts or gypsy skirts. In the 1970s, the midi skirt was everywhere. A midi skirt has its hemline anywhere from the knee to the ankle. A shorter-length skirt came back in the 1980s – remember madonna in her mini skirt.

By the 1990s, fashion had changed a lot. The dressing is divided into formal-informal categories;  In the informal division, Jeans became almost a staple in women’s wardrobes.  Jackets and pants form the unisex office wardrobe staples for both men and women. With the popularity of subculture influences among youth, interest in streetwear boomed. In these trends, the importance of skirts are almost eclipsed when compared to previous decades. The skirt is today labeled as a youthful style – more appealing to the younger, hipper generation than anybody else.

Today skirts of all lengths and silhouettes, be it mini, midi, or maxi, co-exist in the fashion scene with equal popularity – hemline & skirt length, and style is, infact, a matter of personal choice.